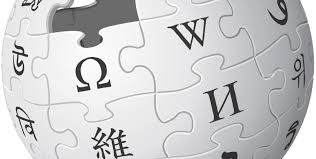 Wikipedia in Spain and Italy blocked all articles in protest against a set of proposals to change copyright law in the EU. The controversial Articles 11 and 13 require websites to implement a content filtering system to prevent the use of copyrighted works on the platform. The European Committee on Legal Affairs has already okayed the EU Copyright Directive, and the EU parliamentary vote is due today, 5 July. Articles for English-language readers of Wikipedia were however not blocked.

According to experts, if approved, the law will significantly harm the openness of the internet. A statement from Wikipedia Italy says that “The directive, instead of updating the copyright laws in Europe and promoting the participation of all the citizens to the society of information, threatens online freedom and creates obstacles to accessing the web, imposing new barriers, filters and restrictions. If the proposal would be approved in its current form, it could be impossible to share a news article on social networks, or find it through a search engine; Wikipedia itself would be at risk.” This AI-based system that filters all websites is said to be not very good at detecting the difference between plagiarism and its various shades. And if this law is passed, it might become very difficult to share an article on Facebook or find it via Google. Sites like Wikipedia might become useless and even close down.

Posted by: Ibrahim Ahmad
View more posts
Tags:AI, EU, Wikipedia
Could Wikipedia Close Down ? 0 out of 5 based on 0 ratings. 0 user reviews.
Can GDPR Hit on AI?
Jio Acquires a Global Telecom Software Company. Why?

Wikimedia Foundation, the non-profit that administers Wikipedia, has launched a Universal Code of Conduct that…