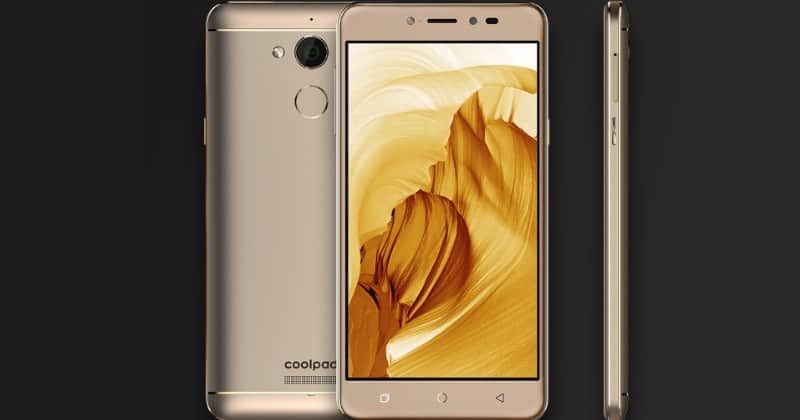 Coolpad, a smartphone manufacturing and integrated wireless data solutions company, announced open sale for Coolpad Note 5 via Amazon.in starting October 18, 2016. The phone is exclusively available on Amazon.in at a price of INR 10,999 at the Amazon Great Indian Festival. It is available in variants of royal gold and space grey. Buyers can purchase Note 5 without registering themselves in advance.

The company also announced that it will host its first ever FAN meet in Bengaluru on October 21, 2016. To mark 1 million fans, Coolpad India will be giving away Note 5 to its loyal fans through exciting playoffs. In addition, to celebrate this milestone Coolpad India will be upgrading its 100 Coolpad Fans to Note 5 through various social media contests and online games. The winners of these games can replace any phone from the Note series (Coolpad Note 3, Note3 Lite and Note 3 plus) at the Coolpad service centers by producing the requisite documents.

Syed Tajuddin, CEO, Coolpad India said,” Coolpad Note 5 at 10,999 was among the most popular choice for smartphone buyers on the Amazon platform, which witnessed 25 K units disappear in a day, Note 5 is launched exclusively for the Indian customers, keeping in mind their preferences and what better occasion than Diwali to unleash “the beast” for our esteemed customers. Note 5 is a successor to the popular Note series and we are confident that this smartphone will create great traction for Coolpad India as well as set new benchmarks in the smartphone industry, the 1 one million fans mark gives Coolpad the right impetus of going from strength to strength .”

To recap on the specification, Note 5 features a 5.5 inch display FHD resolution of 1920 x 1080(~401ppi) with 78% (screen-to-body ratio). The phone is loaded with a 4GB RAM along with a Qualcomm SD 617 Octacore processor and comes with 32 GB of internal storage – expandable to 64GB. Coolpad Note 5 has a front facing camera of 8 MP with LED Flash and a 13 MP primary shooter. With the supportive LED flash, users are able to capture brighter photos during the night and under low light conditions. The battery capacity is 4010 mAh with a stand by time upto 350Hrs.