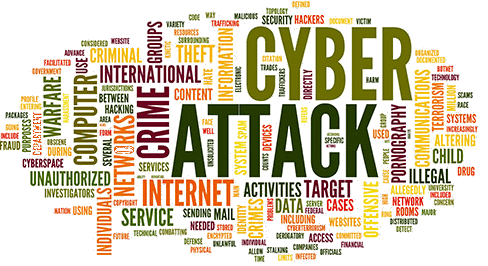 Sophos, a network and endpoint security, announced the findings of a recent survey that asked consumers about their awareness of phishing, ransomware, malware, spyware, hack attacks and other prevalent cyber threats. Significantly, the survey reveals that consumers are more worried about cyber crime than physical world crime.

“These 1250 respondents are the voice of every individual accessing internet across the globe. For instance, India’s share in ransomware attacks continues to rise as depicted by our threat exposure rate that stands at 16.9 percent among countries with the highest percentage of endpoints exposed to a malware attacks, according to a recent research conducted by Sophos Labs. With 11,592 cybercrime cases reported in 2015, the threat scenario is likely to increase with the growth in ecommerce sales and the rising mass usage of digital platforms and electronic transactions. Consumers are lured with; real-like phishing emails or too-good-to-be-true offers; into opening dodgy documents or malicious URLs. One wrong click and you become a puppet to the crooks.” said Sunil Sharma, vice president of sales for Sophos India & SAARC. “With easily available exploit kits or malware-as-a-service, a country like ours, which is on the threshold of digital transformation, needs to ramp up its cyber security implementation and awareness,” he further added.

Despite concern for cybercrime in general among those consumers surveyed, awareness of phishing and ransomware remains relatively low. Forty-seven percent, nearly half, are not familiar with phishing or perceive it as a low threat, which is a concern considering phishing is the number one attack method used to gain access to personal information. More than 30 percent of those surveyed rated themselves as being extremely unprotected, unsure of being protected or completely unaware of phishing attacks. Thirty-one percent of those surveyed said they are not familiar with ransomware or perceive it as a low threat.

“Just like the countries that have voiced their opinion in our survey, India too is facing the internet unaware of cyber threats. More now, in light of the recent government initiatives that have made us tilt towards using technology to our advantage. In fact, attackers also target specific individuals or organizations, with location-based targeting, and India is in the top 5 list of vulnerable countries. It’s time consumers learn about the evolving tricks and trade of cyber criminals. People know that they should lock-up their physical belongings to keep them safe but when it comes to online security most of them are unaware of cyber threats and are not prepared for it. And this is the most worrying outcome of the survey we have conducted,” said Sharma.

Lack of awareness puts others at risk too

55% of all surveyed by Sophos said they advise someone else (spouse, kids, friend, parents, extended family, grandchildren and other) on keeping their computer protected from malware and hackers. Of these, 14% are not confident that they’ve properly backed up and could recover data after a security breach from a computer they look after for someone else. 18% sat on the fence, neither unsure nor confident, leaving 32% of those who rely on someone else to handle their cyber security potentially vulnerable to a data breach.

Additionally, 11% are not confident that the computer they monitor for someone else is protected from hackers and viruses, and 14% were neither unsure nor confident. This means 25% of home computers that are managed by someone else, as surveyed, are vulnerable to cybercrime, including phishing and ransomware.

“Staying protected from cyber threats is simple. To begin with, back up your data and install advanced protection for mobiles, home PCs and Macs. Be vigilant about emails – if you are not absolutely sure who sent it and why, check with them first, and if you’re skeptical, just hit delete. Always ensure the padlock on the search bar is green. Log-out once you are done tweeting or emailing or shopping – don’t give yourself more log-in power than you need. These are some top tips consumers and designated home IT providers should use as best practices to stay safe online. Security should be inculcated as a habit to ensure that it is effective.” he further added .

At home, anyone who is vaguely technically literate is often expected to protect multiple PCs and Macs for their extended family and friends. The Sophos survey data shows a need for remote, cloud-based cyber security, like Sophos Home, which lets people easily manage protection for multiple computers and multiple people from one single dashboard.

Sophos Home is a free commercial-grade product that combines antivirus and URL blocking to protect home PCs and Macs from malware, viruses, ransomware and inappropriate websites. Users can manage security for up to 10 computers from any browser, including PCs and Macs in remote locations.