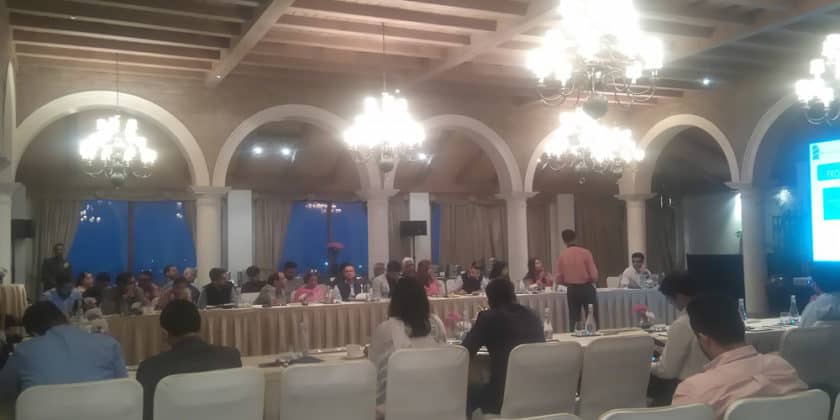 A number of civil-society members, experts and privacy leaders convened at a Roundtable Discussion on the future of platform regulation and intermediary guidelines. The discussion was organised by The Dialogue and SFLC.in, tech policy think-tanks based out of New Delhi.

The discussion organised by The Dialogue centered around the role of intermediaries towards curbing hate speech and fake news, in light of the amendments proposed by the Government on 24th December 2018, which proposes to proactively hold intermediaries accountable for content shared on their platforms. It raises questions around censorship, freedom of speech and expression on the internet, as well as issues around the right to privacy as guaranteed by the Constitution of India.

The discussion focused on the adverse impact of the local incorporation requirements on digital platforms across different sectors of the economy beyond major social media platforms and availability of best-in-class global products and services for Indian consumers given several foreign platforms may not be able to set up physical offices in India undermining the most powerful benefits of the Internet of lowering of market access entry barriers for businesses, startups and individuals. It was further highlighted that, if similar requirements are enforced by other countries it could hurt the Indian digital businesses including startups that serve global markets virtually. Moreover, issues around traceability and breaking encryption, challenges with proactive monitoring and takedown of content, along with the need for a pragmatic approach towards timelines and reminders for different types of content were also discussed.

Experts highlighted that the proposed amendments could have a chilling effect on user privacy and freedom of expression on the internet, which is so fundamental in today’s hyper connected world.

Mr. Ashish Agarwal, Senior Director and Head, Public Policy, NASSCOM, said, “Given the fact that intermediaries come in all shapes and sizes, use of automation for solving the problem should not be the norm. Instead, we recommended that Automation should be replaced with appropriate mechanism which gives liberty to intermediaries to do what is required. Wherever you use automation, you are not only giving a recipe for bias but also a license to invade privacy.”

Udbhav Tiwari, Public Policy Advisor Mozilla, said, “There is a fundamental need to re-evaluate the due diligence standards for intermediaries that operate on online space. There are certain process fixes which can improve the situation such as transparency to the government as well as public especially when it comes to the takedown of content. The current guidelines will not be able to solve the problem and if implemented, it is most likely that it will remain on paper while actual problem still persists.”

Kazim Rizvi, Founding Director, The Dialogue,    was of the view that we must look at an approach that balances both national security and privacy. He emphasized that they need to work in tandem and one cannot go without the other. With the rise of digital technologies, people are expressing themselves more openly on the internet, which makes platforms and intermediaries play an important role in our society today. Stringent regulations that limits user behaviour will gravely impact the fundamental rights of the people of India.

Sundar Krishnan, Executive Director, SFLC.in, said that Global Takedowns cannot be the norms. Policymaking in the present issue needs to be looked from constitutional standards in terms of free speech privacy and proportionality. We have to look at challenges specific to India in which multi-group stakeholders with different areas of expertise can give their inputs and a holistic solution could be achieved.”

Manuj Garg, Co-Founder, myUpchar.com, said,  “Asking intermediaries having more than 5 million users to incorporate in India is ill-defined. There is lack of clarity on how this will be implemented – are we talking about daily users, or active users, or monthly users?. Moreover, the guidelines may increase the risks associated with startups trying to operate in India, which could limit venture funding in the future.”

As part of the way forward, a few solutions that were discussed consisted of the need to appoint a nodal person who could act as an authorised representative of the intermediary to coordinate with law enforcement agencies. Moreover, it was suggested at this The Dialogue event that government should define different takedown timelines and procedures for different types of content depending on the nature and severity, need to enhance transparency in takedown requests and processes and greater participation between civil-society, industry and government to collaborate and pool resources to address such challenges.

Posted by: DQINDIA Online
View more posts
Tags:Data Privacy, Internet freedom, the dialogue
Constitutional Rights and Consumer Choice on the Internet The Dialogue 5 out of 5 based on 1 ratings. 1 user reviews.
Infosys CEO, CFO asking us to show more profits in treasury: Ethical Employees
Reliance Jio All-in-One vs Vodafone vs Airtel: Who Offers the Best at Rs 222 Range?

With pressure to ensure consumer data is protected mounting, Gemalto has recently released the results…