Hewlett Packard Enterprise is endeavoring to don a new identity without changing the core fabric of the outfit it wears. It is evident from the latest pitch the company has devised. The company has introduced a new strategy – composable infrastructure for its customers. Dataquest had a chance to interact with Vikram K., Director, Servers, HPE India.

Operationally, did the split into HP Inc and HPE impact customers?
Operationally we always functioned in a certain manner and therefore it has not impacted us in any way. Given the fact, we are now a new entity, new logo, new brand. Within the range of opportunities that the enterprise space offers us, we have many areas we want to focus on such as infrastructure, software, storage, etc. Now it is largely becoming converged, hyper converged and composable. 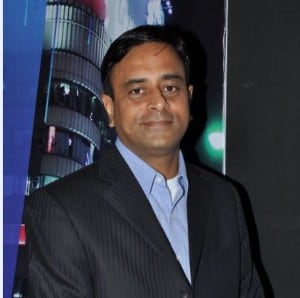 We have been maintaining the leadership in the Blade server’s category for over a decade due to our innovation on the blade technology. According to the recent IDC Worldwide Quarterly Enterprise Server Tracker, HPE continues to be the revenue market leader in the India x86 Server Revenue Market for the fifth consecutive quarter. Our market share (in terms of Vendor Revenue) has been 39.14% in Q4 2014, 38.62% in Q1 2015, 41.52% in Q2 2015, 43.77% in Q3 2015, and 47.05% in Q4 2015 respectively, which means every second dollar spend in India is spent on HPE Servers.

The first and foremost transformational area and which is housed within the server business unit itself, is the fact that we’d like to help customers transform to hybrid infrastructure. What we want to do is accelerate delivery of apps and services with the right mix of traditional, private and public cloud. In the sense, it is hybrid. A lot of customers have achieved a certain momentum with their existing business. In parallel they are starting to work on the mobile devices, mobile apps, edge applications and DevOps. We want to help customers transform, to be able to provide for traditional environments.

There are three other transformational areas such as protect the digital enterprise, enable workplace productivity and empower the data driven organization. Traditional IT is what we have been used to but it is a combination of 4-5 things such as database, collaboration, exchange, invisible VMs, ERP, CRM etc.

Secondly, this can be done at cloud like speed; because once an app is ready it can be deployed on the fly. As and when you have updates, you need to simplify the whole working model and the application delivery by having these frictionless updates. If you do this you will be able to do more development and more apps faster, hence overall IT service delivery, application velocity in a far more efficient and faster manner.

When we do that we do four things to help IT – you will be able to run anything, be it a traditional database environment or a traditional app, run an edge app on the fly or any DevOps software that has been developed and you can optimize that for all apps and all service levels. You can move the IT organization faster by accelerating app service delivery and so reduce operational effort as well as cost.

What are the composable infra principles?
It is a number of fluid resource pools (network, compute, storage). You have the ability to auto-integrate the resource capacity and hence boot to a certain workload. The second thing is that it has software defined intelligence. With just one call, the app can call for an adequate amount of unified resources across compute, storage and network with just a line of code. Then you have a unified API. This possibly is one of the most important parts around it. The single line of code is able to abstract every element of the infrastructure. So the bare metal gets provisioned with a single line of code. That single API might do a lot of calls at lower levels, might extend up to 500 calls. But in that snap of a second, when the application developer is developing an app, if he wants a ton of resources, he can compose it by writing that one line of API.

Will customers have to invest in newer hardware for accessing composable infrastructure?
At HPE we can help them on the journey involved to get there. Bridging to composability starts with the fact that you have to do a bunch of things like assessing the number of attributes that can be templatized and automated. Effectively it is an ecosystem transformation workshop. When you start provisioning at a cloud like speed, you automatically start reducing capex and you will be able to do more applications faster. Composable infrastructure sets out to do that one thing which is calling up your infrastructure, booting your workload and flexing the capacity to the needs of your workload and that too, with a single API. Hence it is called infrastructure as a code.

How many partners have been involved to do this?
There are about 75 partners who are getting trained. We have gone around the country very religiously training the partner organizations. So we have covered two-three cities up to this point. We plan to complete the entire partner base of HPE India. Anybody who is involved with a large enterprise will be eventually trained for HPE Composable Infrastructure.

Is this the next way for customers to graduate to the hybrid model?
What we are sincerely trying to establish is that this actually provisions infra for both models together under one umbrella. That is in effect what the composable infra does. Otherwise you’d get on to a plane where you will still be having a silo for traditional, silo for the new idea economy which is not going to make sense because of the complexities involved, because of the cost involved and time to market involved. With this you will not lose your vector which is the velocity of business. For customers, it ensures business continuity when you are graduating to newer technologies.

How big is the opportunity, given the market scenario? Do you find enough budgets with CIOs for adopting this?
The best time for an organization to take it up is during the course of refresh and upgrade cycle because at that point of time the transition will be a lot smoother because the attributes of composability is easier established.

Composing an IT symphony: How infrastructure as code helps enterprises transition to high velocity IT