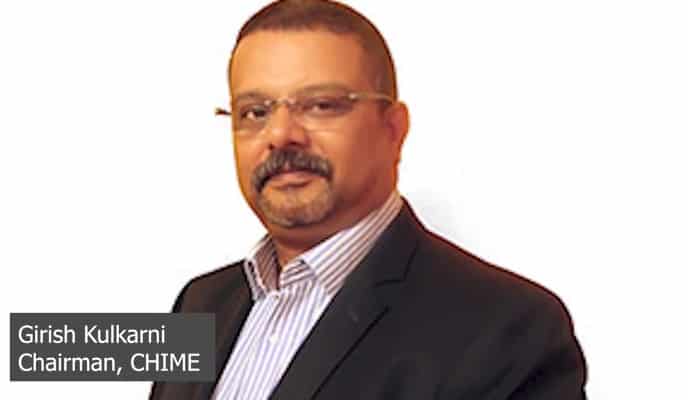 Unlike the times of yore, the healthcare sector is no longer uninfluenced from technology. New-age technologies such as artificial intelligence, quantum computing, data analytics, IoT and blockchain to name a few are witnessing increased usage, and may soon become irreplaceable. Girish Kulkarni, Chairman, CHIME, India Chapter says that there are five areas that are impacting healthcare delivery and services, and which have seen rapid adoption in the COVID-19 era.

“It is the combinational power of deep tech that is re-defining healthcare today: The combined use of IoT, Analytics, AI, ML, and NLP to make meaningful use of it is what is important. The belief on these systems, which was otherwise less than twenty percent six months ago, is over 99 percent at present. That’s the power of deep tech and technology adoption, which healthcare providers have realized in India in the last couple of months under the new normal,” stated Kulkarni.