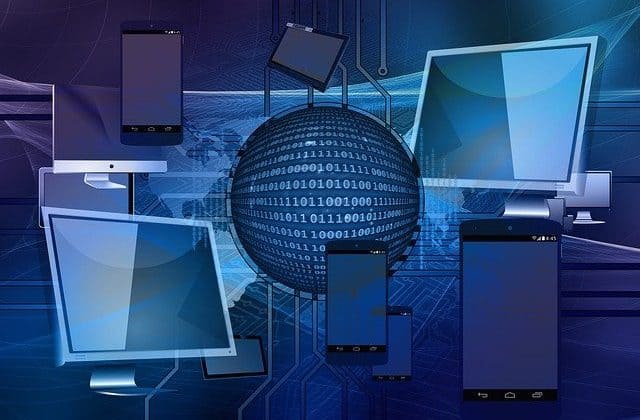 Deep technologies have the power to disrupt existing industries and even create their own market. However, to make this happen and benefit from the growing trend, India needs to create an environment that can encourage research and development, as well as drive substantial investment by the government and industry.

Speaking at the DQ Deep Tech Virtual Conference – the largest event on deep technologies in India – Prof S Sadagopan, Director, IIIT Bangalore pointed out that there was an urgent need for all the four components of the society – academia, industry, government and media – to collaborate to ensure a vibrant deep tech ecosystem in the country.

Moderating the keynote session, Pradeep Gupta, Chairman, CyberMedia Group, highlighted how technology was playing the central role in addressing problems in the post-COVID world. “This technological shift is already being observed with a large number of enterprises, irrespective of their size, adopting several modern technologies such as artificial intelligence, IoT, and data analytics among others,” he said.

Pointing out that China and Europe were already doing a lot to contribute towards the development of deep tech in their respective countries, he stressed that the time was ripe for India to bring all the stakeholders on a common platform to discuss the future of deep tech in the country. 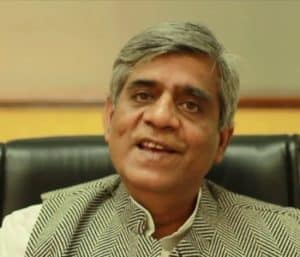 “Startups are in a sense the torchbearers when it comes to innovation in new age technologies, and India has close to 150 deep tech startups and innovators,” Pradeep Gupta, Chairman, CyberMedia Group

“In the days to come, deep tech is likely to become the backbone of the smart planet or the connected world. Startups are in a sense the torchbearers when it comes to innovation in new age technologies, and India has close to 150 deep tech startups and innovators,” he said, adding that, governments around the world have undergone a fundamental shift as far as usage of new technologies was concerned.

So, what are the measures that India needs to take to build a robust Deep Tech ecosystem?

Industry-Academia Partnership is the Key

Highlighting the role of academia, industry, government and the media need in creating a vibrant deep tech ecosystem in India, Prof Sadagopan called upon the faculty, students, researchers, tech industries, venture capitalists, government bodies as well as mainstream and social media to play a constructive role in the establishment of the ecosystem.

“From the academia point-of-view, students and faculty need to think about the long-term goals. Multi-year projects with Master’s and Doctoral students should be part of the plan. We academicians need to start thinking big and take risks with the help of the government and the industry,” he said while talking about the need for a common platform to ensure collaborations between academia, industry and the government. 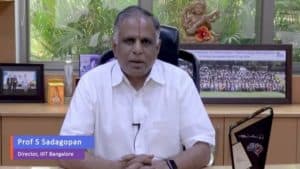 “Several startups may not have seen financial and market success, but would have made great attempts. That is what counts and is certainly more important,” Prof S Sadagopan, Director, IIIT Bangalore

Prof Sadagopan also emphasized on the need for the industry to start investing in academic institutions, and create a cluster of institutions to ensure we move beyond the critical mass, measure investments in hundreds of billions of dollars, and look for talent beyond just a handful of institutions.

Talking about the human resources required for the deep tech revolution in India, Prof Sadagopan said that there was plenty of talent in the country. “Nevertheless, a certain amount of ‘pivoting’ may be required. There is also a need to give more importance to the gig economy in the organized jobs sector. Job creation in startups must be as important as that in large multi-national companies,” he stated, adding that hiring graduates from open universities must also be normalized.

“The media needs to play a constructive role in developing the deep tech ecosystem. Write about nanocons apart from unicorns. Provoke discussions on solutions created to solve hard problems even if they have failed, rather than just talking about quick and successful solutions to easy problems. Several startups may not have seen financial and market success, but would have made great attempts. That is what counts and is certainly more important. Deep tech will be risky but the rewards are also much higher,” Prof Sadagopan said.

The Ministry of Electronics and Information Technology Secretary Ajay Sawhney stated that the government has several roles to play when it comes to building a deep tech ecosystem in India. He also pointed out that the government has implemented and is currently working on a large number of e-governance projects, including in the agriculture and healthcare sectors. 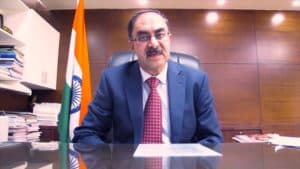 “The government plans to build a large participant base through Centres of Excellence in collaboration with the industry, thus bringing together all the stakeholders,” Ajay Sawhney, Secretary, Ministry of Electronics and Information Technology, GoI

“These projects are now vibrant systems that are in place, and are also producing a huge amount of data that helps the government provide better services,” he said.

“When these intricacies are woven together into an ecosystem, which transcends the entire domain, they make it possible to bring the national scale into being,” Sawhney stated, adding that there existed a lot of scope for usage of the best technologies under such circumstances since it provided economies of scale critical for returns on investments. “The industry can build on this foundation,” he stressed.

According to Sawhney, the government was already making this happen through Aadhaar, Unified Payments Interface, GeM, and GSTN. “This kind of a situation is ideal and a win-win state of affairs for all the players involved. For instance good services are delivered to citizens, and opportunities are provided to businesses to create an innovative product through the implementation of technology,” he said.

Sawhney highlighted that the government also plans to build a large participant base through Centres of Excellence in collaboration with the industry, thus bringing together all the stakeholders required to build a tech ecosystem.

Apart from these initiatives, startups are also being encouraged through the provision of initial impetus with small orders by the government for an infusion of funds, and then putting them onto the government marketplace so that all buyers are given access to these solutions. Furthermore, innovation challenges are being organized by the Central Government, which is helping the country to discover and tap into authentic talent in the tech domain, Sawhney said.

Talking about resources, the Secretary informed that deep tech was seeping into every domain. “The best way to invest in these technologies is to play the leadership role in each domain and to understand the fact that deep tech will determine their survival and success in the near future,” he stated. He also said that insurance and pension funds, which are typically invested in what are considered as safer areas can be invested in deep tech to encourage the smartest and high-net worth individuals in the country.

“Media can disseminate the relevant information on deep tech and provide the awareness required to build the ecosystem. It can also talk about the huge opportunities these technologies can bring our way. It is certain these technologies are going to be disruptive, and some of the best companies and technologies will be built around deep tech. It is only a question of who will do it, where, when and how. And it is extremely important that we are a part of this answer” Sawhney said.

Can India be the next artificial intelligence superpower? Here’s what industry leaders think

India has a robust IT ecosystem and all the capabilities to democratize any technology. Globally,…

6 Trends to boost video technology adoption in the coming year

The global video surveillance market size is expected to grow to USD 74.6 billion by…