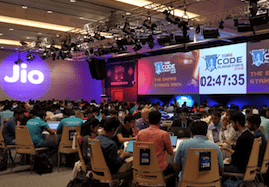 TechGig Code Gladiators 2018 witnessed a massive participation of 2,28,880 coders out of which only the best 15,000 were shortlisted for the semi-final round and just 397 coders were considered for the final round. The 2018 edition also hosted new themes like Artificial Intelligence, Alexa, Blockchain among others and these witnessed encouraging participation. About 180 theme participants made it to the hackathon finale on June 9.

The aim was to furnish the participants with a hands-on experience regarding technologies of the future. There was a phenomenal rise in participant levels indicating a growing interest in the country for these emerging technologies.

Anyone be it a student or a professional were part of Code Gladiators. The only eligibility required was that one should be aware of coding techniques. This helped in offering a fair chance to all coders and enable them to showcase their expertise to the world irrespective of their age, rank/score/marks, educational pedigree, past achievements, gender, location constraints etc.

The participating teams comprised of individuals with zero to more than decade of experience in the coding domain. The winners of Code Gladiators 2018 were truly deserving citing their exceptional capabilities to solve unprecedented challenges.

Prizes worth ₹ 75 lakh were disbursed to winners at the Code Gladiators 2018. These included ₹ 2.5 lakh for the winner, ₹ 2 lakh for the first runners-up and ₹ 1.5 lakh for the second runners-up. The winner of Code Diva, award for the best women coder, received Rs 50,000. Besides these, there were prizes such as Fastest Finger First, Daily Leaderboard Topper, and Language Winner. 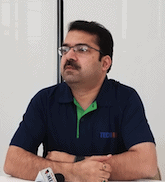 “Code Gladiators is not just an event but a beacon of coding excellence in the Indian IT community. In the last four years, Code Gladiators has seen a phenomenal growth in registrations and this mega participation has encouraged us to introduce emerging technologies and showcase Indian talent to the global tech community,” opined Sanjay Goyal, VP & Head, Product & Technology, TimesJobs & TechGig.

Notably, TechGig Code Gladiators 2017 won Guinness Book of World Records for maximum participation in a programming competition by leaving behind even China’s Baidu. That sentiment of breaking a world record, meeting top-notch techies from different companies and meeting prospective employers directly are proving to be big motivators.

The 2017 & 2018 editions were about the scale of the event, the next target is to deep dive into various realms of technology, particularly the new divisions favoured by industry. We would like to create a platform that offers umpteen opportunities for coders to experiment with their work, and breathe life to unique ideas and innovations. The next event will be a better and bigger event and we  would also intend to take TechGig outside India

The importance of artificial intelligence, deep learning and machine learning in recent times is no…

Capgemini announced the launch of Tech Challenge 4.0 – the fourth season of a unique…