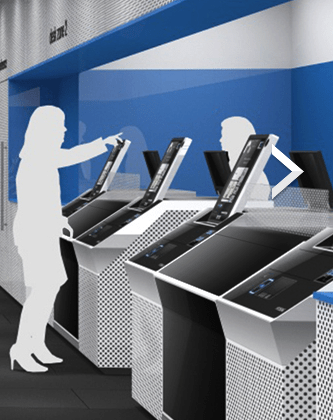 CMS Info Systems, the leading Cash Management and Payments Solutions Company, has won a contract from State Bank of India (SBI) and its associate banks to deploy more than 2300 cash recyclers across the country. This is the second large project CMS has won from SBI within a span of one year. In 2013, CMS had won a contract to deploy more than 7500 ATMs and 800 Cash Recyclers on behalf of SBI and associate banks. The current deployment is part of the second round of ramping up of Cash Recyclers by the bank.  Cash Recyclers are hi-tech, secure ATMs having the multi-functional ability to dispense cash or accept deposits with bundles of up to 200 mixed bills, after having counted and authenticated them, enabling immediate credit to the depositor’s account.

On the deal, Rajiv Kaul, Executive Vice Chairman and CEO of CMS Info Systems commented, “Over the last one year we have witnessed tremendous growth in the market for Cash Recyclers. We have partnered with Nautilus Hyosung, the fourth largest ATM manufacturer in the world, to bring some of the best self-service terminals for banks available worldwide, to India. We are proud to have partnered with SBI in helping them deploy state of the art banking technology to the remotest corners of India.

We entered the market for deploying ATMs and Cash Recyclers in 2013. Due to the strategic partnerships we have struck, and our project management capabilities combined with our network pan India, CMS is today the market leader in the deployment of intelligent deposit systems in the country.”

The value of the deal is around INR 255 crores and includes two years of warranty and five years of support for the machines. SBI is likely to deploy these machines pan India with Chennai, Kolkata, Bhopal, Lucknow, Mumbai, Patna and Guwahati being among the key cities. All machines will be deployed within the bank branches and will be programmed to accept deposits and dispense cash.

According to an RBR study from 2011, the overall international market for deposit automation is expected to grow at a compounded annual rate of 11% through 2020, representing a total of 1.4 million terminals. China is expected to be the largest market for deposit automation in the world by 2020, assuming a possible installed base of 450,000 terminals, which will make it more than twice the size of the next largest market, Japan. RBR further forecasts that the number of automated deposit ATMs will grow more than twice as fast as non-deposit ATMs over the next decade.

As of 2013, India had an installed base of approximately 3500 Deposit Automation machines. In this year alone, India will add to these numbers by at least another 10,000 machines. The sudden spurt can be attributed to instant adoption by customers as well as the apparent operational efficiencies that these machines bring to a bank branch.

Perhaps the most significant impact of Cash Recyclers is that due to their capabilities of sorting out damaged, soiled and counterfeit notes, over time and with enough machines deployed, they will improve the quality of the currency in circulation, which will go a long way in helping RBI maintain a steady supply of fresh bank notes under its clean note policy.

Netcore Solutions has completed 20 strong and successful years, growing from a small start-up to…