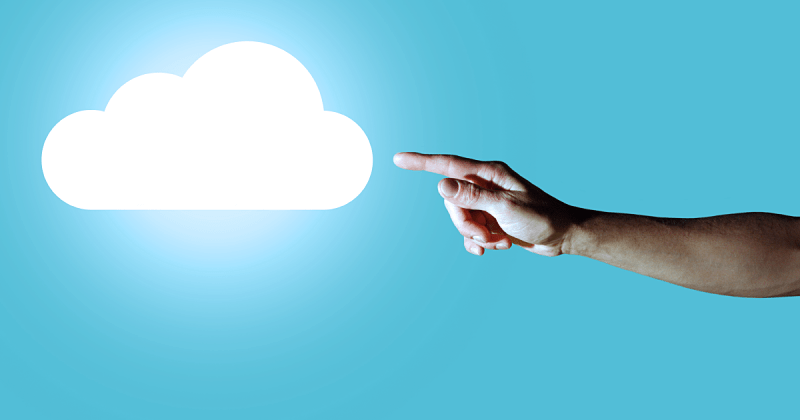 Vuram was founded in 2011 to realize the dream of creating the happiest and best nourishing workplace where passionate hearts and creative minds can come together to redefine services and provide ingenious solutions.

Here, Mani Krishna Rama Subramani, VP, Delivery & Operations (APAC), Vuram, tells us about the challenges ahead. Excerpts from an interview.

DQ: Why is it important to go cloud-native?

Mani Krishna Rama Subramani: Before we get into the “why” aspect, let’s take a look at what “cloud native” signifies. While there are numerous definitions available for this term, simplistically, it means developing, running and supporting scalable applications on any type of cloud environment—be it private, public or hybrid cloud.

Faster and efficient DevOps lifecycle, reduced costs, and scalability are some of the benefits of being cloud native. As a result of these benefits, a dominant part of the IT spending by organizations is expected to be cloud related in the next 4–5 years.

DQ: What are the essential elements of cloud-native application development?

Some of the key considerations for developing a cloud-native platform include:

Design – Design is the key as such applications require that it be broken down into modular services referred to as microservices. Each microservice can be deployed and maintained independently. Communication between these microservices is established via REST based APIs.  Each service can be developed using a different language; developers may build a real-time service using Node.js, while choosing, say, Python for exposing the API. All these need to be taken into consideration while designing a cloud-native application.

DevOps – Each service is managed through an agile DevOps process where multiple CI/CD (Continuous Integration/Continuous Development) streams may work in parallel to deploy and manage a cloud-native application.

DQ: What are the advantages of cloud-native technologies?

Mani Krishna Rama Subramani: There are multiple benefits of being cloud native which can be summed up under three categories:

Faster and efficient DevOps lifecycle – The fact that this approach breaks down the application into smaller modules (also called as microservices) combined with the fact that the entire application lifecycle is developed and managed on the cloud allows for automation of almost all the aspects of the life cycle. This makes it easier to adopt the agile approach and release new functionality in a very short span of time.

Cost flexibility – With a host of cloud providers available on the market and a lot of open source tools available, organizations have the flexibility to choose from a wide range of cost options that best suit their business needs. In addition, the need to own servers and infrastructure has drastically reduced allowing organizations to reduce infrastructure-related costs.

Scalability – As the application is developed and managed on the cloud, scaling of infrastructure according to the business needs is relatively very easy. In the cloud, as long as the application design allows it to scale, organizations have the power to use a near-unlimited amount of resources allowing them to scale up (or down) as desired.

DQ: How has cloud-native changed the work of developers?

Mani Krishna Rama Subramani: Traditionally, the IT roles generally belonged to two categories: a set of people who were responsible for designing and developing/writing code and another set of people who used to do support. With cloud-native applications, the key change has been that this separation has been obfuscated as the need with such applications is to possess both the skill sets rather than one or the other, and the role is now commonly referred to as a “DevOps Engineer”.

In addition to this, software architects and engineers also are required to understand and implement new cloud concepts like microservices and compartmentalization.

DQ: How can cloud-native software run almost anywhere in the world?

DQ: What is Vuram’s automation testing tool and contract management tool? Also, how does it stand out in the market?

Mani Krishna Rama Subramani: The Vuram Automation Testing Tool (VATT) is an automation testing tool. It is built using an intelligent hybrid framework; the framework makes it easy to create and run automated tests without writing numerous lines of code. It is designed to achieve complete automation and perform end-to-end functional testing for Appian applications.

Using the framework is so simple that anyone right from quality engineers to business users can use it. VATT framework comes with functionalities such as uninterrupted usage in multiple browser windows, super-fast execution time, and evergreen test script that needs no updates with the Appian version changes. Also, it can be configured to work with any integrated application on Appian.

The Contract Management System is a horizontal solution that enables enterprises to handle end-to-end contract management efficiently. It streamlines and automates the contract lifecycle through collaboration across multiple functions within an organization.

The application comes with a range of features, including centralized document storage, redlining, digital signature for approvals, document comparison, auto-notifications, and built-in analytics. It is compatible with desktop, tablet, and mobile.

What makes it stand out is that this accelerator gives a jump-start to any organization by adapting to its business process and easily integrating with the existing system. The 100% web-based secured solution can be accessed by multiple users and can be extended to multiple functional areas with very minimum efforts and low-code capability.

DQ: How does the tool work and what is the technology behind it?

Using the programming language Java that Selenium understands, we have built a lot of in-built functions. Using these functions, quality engineers can achieve automation testing easily. In addition, we have developed the logic, which will develop an automatic connection between the VATT framework and Excel sheets where the test data are maintained.

The users have to download our framework and just need to call the in-built functions developed by Vuram. These functions will help the user to interact with the Appian applications and help reduce almost 70% of the automation effort.

As for the Contract Management System, it is built on the Appian, a low-code platform that functions as a base engine. It is a 100% web-based platform. It supports multiple languages and works both on cloud and on-premise setup. Streamlining the entire customer lifecycle by empowering business users to make informed changes can reduce expenditure in audit and related costs, improve traceability, and increase the time to revenue.

Enterprises can manage the contracting parties and create multiple contracts for the parties through a quick initiation process. The users will be capable to select workflow and templates associated with the document type and add the signatories as well. With the tool, it is easy to manage and maintain all clauses and refer to the templates. It is also easy to handle the parameters or variable content inside the contract template.

DQ: What is the idea behind introducing the Automated Testing tool and contract management system for enterprises?

Mani Krishna Rama Subramani: For the Vuram Automation Testing Tool, when several applications are developed and released in organizations, it warrants testing different applications in parallel.

As for the Contract Management System, enterprises that handle multiple legal contracts face challenges with fragmented processes, manual interventions, and a lack of operational insights that result in delayed processing time, unstable revenue, and exposure to the risk of regulatory compliances. They also suffer from a lack of visibility in handling data from multiple sources, long contract approval times, lack of transparency, and delay in payments.

Enterprises need a flexible system to adapt to the dynamic business processes, integration capabilities with multiple systems, and quick-to-implement modules into any functional use cases. The solution should provide a platform with automated processes, reduced errors, centralized data storage, operational and compliance improvements, transparency on the process.

Vuram’s Contract Management System can be the best fit for several major industry verticals. The solution can help companies that frequently manage contracts with suppliers and customers and seek to establish best practice processes and performance metrics.