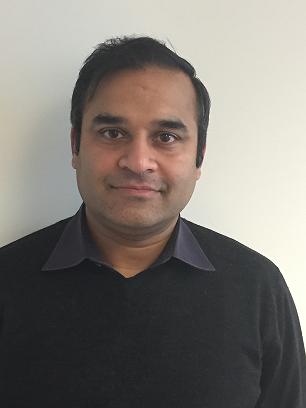 According to some reports, CIOs will be focusing more on private cloud. How do you think this Platform as a Service and Infrastructure as a Service will be beneficial in the future?

I think the transition that is occurring in the industry around cloud is a journey, it’s not like it’s going to happen in one day or one year, it is going to take several years. So now with any disruptive piece of technology in the industry, new opportunities will open. For example, Amazon first launched the retail business back many years ago. I remember everybody was against giving their credit card details to buy a book.

Now after 10 years, the scenario has changed. I believe many people around the world have not been to the book store for the past several years and I store my credit card information on Amazon.com and it hasn’t been hacked once in 10 years whereas my bank has been hacked three times and we have been issued new credit and ATM cards.

So, I think over a period of time technology will prove itself and people will become more and more comfortable. That’s the longer term play and I actually fundamentally believe in that. Now in the shorter term what you’ll find is most CIOs and customers want to work with a technology vendor that can provide them a choice of being able to do both private and public cloud and we at Oracle are building our product portfolio particularly for the public cloud perspective with that design point in mind.

We are building all the new features, newer capabilities distributed in a multi-talented public cloud paradigm and then we will bring it into an on-premise product. May be 10 years from now, 90% of the workload will run on the public cloud. We do not know, but we can make sure that our customers get the flexibility of building on a private cloud and be able to move back to public cloud environment.

What are the growth drivers for PaaS in India and globally?

The key adoption around Platform as a Service is largely focused on agility which means that the enterprise customers and developers who want an environment that is quickly provisioned can be stood up in minutes leaving behind all the worries about maintaining and managing and rather focusing on core part of application that they are building. They can further make choice of whether to run application in a public cloud environment or in a private cloud environment. We at Oracle give them the flexibility to develop it on public cloud and bring it back to on premises. This is the primary driver for Platform as a Service.

The second driver that we see is cost benefit in using cloud particularly if you are in a scenario that is spiky in nature. When I say spiky, I mean that you have demand curves of your application that are highly cyclical.

Let’s imagine, for example you are an ISV, with tax application. So taxation, in general goes in cycles, people file taxes in certain times of the year. That is the time of the year that the demand for your app spikes, so if you are ISV and you want to run that app in on-premise environment, you would have to actually build that infrastructure and platform for peak demand which by definition means that 90% time it is lying idle. Let’s take another situation, if you are an ISV who has built application on premises for the Indian market and all of a sudden you decide that I want to expand to Singapore. Now if you build it for public cloud paradigm you can go to Singapore because you already have a datacenter in Singapore. So, cost is the other driver.

Is your datacenter situated outside India?

Today, we do not have a datacenter in India, we have regional presence in North America and Europe. And we are constantly evaluating based on demand and growth in the market. Eventually we will have a datacentre in India as the demand continues to grow and the market continue to grow.

Which sector is adopting these set of services when it comes to India?

In India, I have seen adoption in manufacturing, financial services and even with some of our system integration partners who are adopting public cloud service to deliver our services to their customers. So currently I see adoption in those three primary areas.

How comfortable are CIOs in adopting such kind of technologies?

I would say it is difficult to generalize broadly and believe that all CIOs think about it in a particular way. What I see is that there are CIOs who are extremely aggressive, modern, who are like “Look man, I am not a technology provider. I don’t want anything to do with a technology private cloud datacentre. Just take all of this stuff and I want to just consume your service”. This is one end of the spectrum – few but they are there.

We are deeply involved in those conversations, helping our customers identify some of those scenarios and some of those verticals and we have seen incredible success in that area.

Cloud has become a key business pre-requisite. The CISOs need to make sure that all…