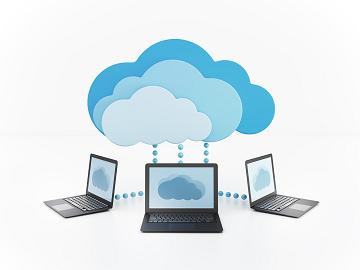 The technology landscape is changing rapidly and commoditization of technology is the new norm. The next-generation digital trends—social, mobility, analytics, and cloud (SMAC)— have transformed the way businesses are run. Cloud computing has impacted the manner in which technology is delivered and consumed by Indian enterprises.
It reduces the cost of maintaining IT infrastructure and running enterprise applications. Indian enterprises are saving an estimated 30% of costs by deploying cloud technologies.

The datacenter power consumption costs itself are down by 50% through the adoption of cloud. EY’s Enterprise IT Trends and Investments Survey 2014 found that one in two Indian CIOs ranked cloud services and IT consolidation as their top investment priorities .This is due to the need of Indian businesses to reduce their IT infrastructure and administrative costs. Another interesting observation is that three out of four Indiancompanies have shown a preference for private cloud solutions over public cloud solutions. This trend seems to make sense in the current Indian scenario where CIOs want to first get the basics of virtualization right—by focusing on private cloud before the widespread adoption of public cloud.

For instance, one of the leading Indian cement manufacturers developed a private cloud that helped the company consolidate servers across various business units. This helped the company reduce infrastructure costs and reduce time-to-market by reducing server provisioning time from 4-6 weeks to less than one day.

Cloud services need to move beyond merely delivering IT at a lower cost to delivering tangible business benefits. The economics of cloud needs to be relevant across different functions in an organization. For instance, marketing departments can become more efficient in customer management by leasing a cloud-based CRM solution. The inflection point for cloud adoption will come when such business benefits start becoming more obvious.Cloud service providers will need to adopt a consultative approach to help enterprises realize these benefits.

HOW CLOUD ADOPTION PATTERN VARIES?
A look at the cloud implementation projects (sample size nearly 50) in India indicates that the technology services and manufacturing verticals lead cloud implementation. This is followed by the healthcare and financial services segment. In addition, the Government of India (GoI) is investing in cloud.

The GoI launched the National Cloud, Meghraj, to accelerate delivery of eServices and optimize technology spending by the government departments. More than 60% of the cloud implementations have focused on infrastructure consolidation and an overwhelming majority of the cloud implementations were based on private cloud platforms. Companies in the manufacturing vertical have started by virtualizing their IT environment across servers and desktops. SaaS-based implementations focusing on specific enterprise applications have been observed in the manufacturing vertical. Healthcare companies have selectively migrated applications such as document management systems, and
CRM to the cloud.

Though cloud computing adoption varies by vertical, there are some common themes that drive the adoption of cloud such as enhanced cost savings, flexibility in the management and deployment of IT infrastructure, and low upfront capital investment. One  in two Indian CIOs indicated that their enterprises are realizing one of the above mentioned benefits. For instance, one of the mid-tier technology services companies in India transformed its legacy IT infrastructure through the adoption of a private cloud and reduced the provisioning time for servers from several weeks to a matter of few minutes and reduced the power and cooling requirements of its datacenter by more than 50%.

SECURITY, DATA MANAGEMENT: A DETERRENT FOR CLOUD ADOPTION
Security and privacy concerns are definitely one of the top challenges for enterprises evaluating cloud computing. One in two Indian CIOs perceive that as a significant barrier to adoption.As enterprises adopt cloud to run their business applications and systems, a new set of IT challenges emerge. Cloud solutions are currently siloed, which makes it challenging to manage across different applications, different stacks, and different service providers. Most clouds leverage different APIs to access data and different cloud vendors can have their own approach to data storage and data access.

The problem of silos gets further complicated due to the ease with which cloud services can be procured (For example: A line of business (LOB) manager obtaining a cloud service directly instead of through IT). Data management and governance pertaining to the movement of sensitive data between various clouds and on-premise applications is another critical issue.

WHAT’S NEXT?
We believe that cloud computing will continue to grow. Going forward, enterprises are likely to adopt a hybrid approach to enjoy the best of both worlds—security of a private cloud and economics of the public cloud. From a technology perspective, the use of open source is gaining traction.

Cloud will become a delivery vehicle for other emerging technologies such as mobility, analytics, and M2M. On a worldwide basis, it is estimated that 80% of the new apps will be distributed or deployed through the cloud. Spending on cloud-based big data and analytics solutions is forecast to grow three times faster than spending
for on premise solutions through 2019.

The convergence of cloud with these emerging technologies will enable digital transformation in the true sense for Indian enterprises. However, the optimism surrounding cloud computing should be tempered with caution, as few underlying issues need to be addressed. It will be critical to address integration issues at the business architecture, technology architecture, data architecture, and services layer to deliver cloud-based solutions to a business. This is a theme that will continue to engage the CIOs. Enterprises will need to develop information governance strategies cutting across enterprise, private cloud, and public cloud infrastructure.

Enterprises will seek the help of experienced service  providers/advisory firms with a proven track record in order to help them design a cloud strategy roadmap, which is in sync with their business needs. The professional services firms can provide guidance on leading practices and draw on experiences from other companies. The coming together of all the players in the ecosystem will boost the growth of the cloud market in India.