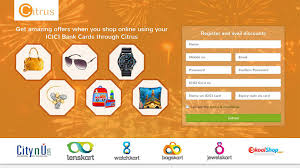 A disruptive player in the field of consumer payments and mobile banking solutions, Citrus Pay announced its association with HPCL, aimed at making the delivery of LPG Gas Cylinders smart and cashless.

Citrus Pay was acquired by Nasper’s PayU in September, 2016 and is now a part of PayU India. As an immediate effect of the association, HPCL users will now receive an SMS the day their cylinder is out for delivery and they may follow the link in SMS to pay for the same online, via credit and debit cards, net banking or Citrus Pay wallet. Mobile wallet transactions have observed a significant hike post the recent demonetization. The same money stored in the mobile wallet of Citrus Pay can now be used to buy the LPG gas cylinder from HPCL, an item of essential utility. Additionally, daily commuters halting at HPCL petrol pumps for fuel fill-ups will be able to pay for the same via automated QR Codes or POS machines, using their Citrus Pay or PayU mobile wallet.

Further commenting on the association, Jitendra Gupta, Managing Director, PayU India said, “We are excited to associate with HPCL and extend the cause of cashless economy, offering complete easy and convenience to users. The association works in the favor of the users in two ways; firstly, it intimates users the moment the cylinder is out for delivery via an SMS. Secondly, the same SMS also carries link for digital payments, including the mobile wallet by Citrus Pay, and users will receive an invoice of the entire transaction online. We are fully committed to govt. initiative of driving cashless economy and this is a significant step enabling 50 million consumers to go cashless.”

“Additionally, users may now utilize the money already stored in their Citrus Pay or PayU mobile wallet to pay for the fuel at every HPCL petrol pump located across India. The payments are incredibly secured, with the POS being supported by OTP triggered validation. Owing to the pragmatic benefits, we are affirmative a majority of users would make the most of this development”, he further added.

Echoing the same line of thought, HPCL commented, “At HPCL, we are constantly in pursuit of opportunities to make the lives of our valued customers easier. We have a customer base of 57 million and it is growing by the day. We believe our association with Citrus Pay is a step in the same direction, since the users will now be well-informed via the SMS Invoicing Solution rendered by Citrus Pay along with their mobile wallet integration, further allowing them to pay online via Citrus Pay wallet, one of the cashless methods being offered by HPCL. We are hopeful that our users will appreciate the latest development and extensively utilize the same.”

The association marks a significant leap in the Indian economy still recovering from the demonetization of 500 and 1000 currency notes. By allowing digital payment for an essential consumer and household product, Citrus Pay is contributing towards enabling India into becoming a cashlesseconomy, via its smart SMS invoicing solution and mobile wallet. Furthermore, since hard cash has been utilized to pay for the gas cylinders, the deliveries are mostly canceled in case the one placing the order is not present at home. Now that the payment can be made from remote, a neighbor can collect the cylinder, even if the user is unavailable.

Since demonetization, people have started making online transactions more frequently. But are these mobile wallets…