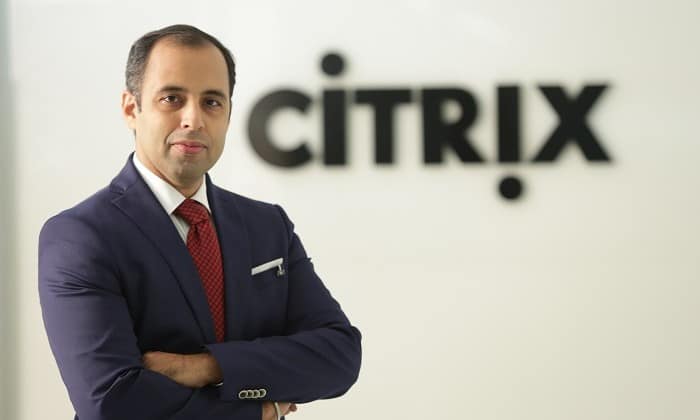 What is Citrix India’s go-market-strategy?

Recently, we announced a revamp of our GoToMarket (GTM) strategy in India in line with the restructuring of our channel strategy. Channel partners play a huge role in our success. Our new channel strategy is now based on a three pronged strategy- Focus, Engage and Specialize. Under the ‘Focus’ strategy, Citrix plans to reduce the number of its partners by 30% and focus on a set of select few specialized partners who will concentrate on deeper interaction with customers and help them with their solution needs. The ‘Engage’ strategy creates a platform where partners can interact with each other to help, learn and stay up to date with updates from Citrix. Partners also share best practices from their experiences and come up with joint solutions to common problems faced by them. The last and most important component is ‘Specialize’ where a partner can become a specialized partner in particular categories. For instance, a partner can either be a specialized partner in Virtualization, Networking or Mobility. Another vital announcement by Citrix under is the announcement of Partner Virtualization Labs, which allow partners to experiment and test cases of customer environment.

What are the verticals where you see most adoption happening for virtualization?

What is the size of desktop virtualization market in India? Have you witnessed new trends in this domain?

The virtualisation market in India has been growing gradually over the past few years and being adopted by businesses of all sizes. As per IDC data it is estimated that the VDI market in India will grow at a CAGR of 37.8 percent to $32.14 million by 2017. Organizations are beginning to give their employees the freedom to choose their own devices thus allowing them to work from anywhere, anytime and have access to enterprise data securely. To address the changing demands of their users, organizations are looking to redefine their mobility strategies. Additionally, with the changing economics of desktop virtualization, it not only is more affordable, but also easy to adopt. Thus, more and more companies will opt for desktop virtualization, and in many cases it will replace traditional desktop infrastructure. It is likely that we will see a surge in DV adoption across the Indian market over the next few years.

How does cloud and virtualization help enterprises?

Disruptive technologies such as desktop virtualization and cloud have emerged in meeting the requirements of today’s enterprise. Due to the numerous benefits offered by these technologies, we have seen tremendous adoption among Indian companies. The biggest advantage of virtualization has been that it removes the roadblock of employees forced to work only from office. Virtual desktops can be delivered on-demand anywhere on any device without breaching security imperatives. Further, the adoption of both cloud and virtualization enable organization to largely save on infrastructural investment and while boosting employee productivity. It is also possible to bring standardization and increased operational efficiency in organizations through cloud and virtualization.

How many customers do you have in India? Can you name a few?

We have completed over a decade of our presence in India with more than 3500 customers. Citrix is clearly a leader in deploying desktop virtualization in India with our product – XenDesktop, which has seen adoption across sectors like BFSI (HDFC Bank, Thane Ratnakar Bank), Retail ( Future group), Energy & Utilities (Essar group, Thermax), Healthcare (Indraprastha Apollo Hosptal), Manufacturing (Wonder Cement, The Sona Group), Travel (Fareportal) to name a few.

What are the new initiatives Citrix has taken to boost its presence in India?

The desktop virtualization (DV) market has grown tremendously over the past few years and while the technology was looked upon with some reluctance earlier, today businesses of all sizes are rapidly embracing DV given its numerous benefits. DV not only gives employees the freedom to work from anywhere, anytime on any device but also improves employee efficiency and overall productivity of the organization. Citrix has constantly innovated with XenDesktop, its own desktop virtualization solution by combining granular controls with an uncompromised user experience. The performance of XenDesktop has advanced to the point where the user experience is every bit as good or better than a physical desktop, making Citrix’s desktop virtualization worthy of a direct cost-to-cost comparison. In fact, in many cases, it works out more cost efficient while providing greater value than a physical desktop. Our consistent effort has been to reduce DV adoption cost, and there are several factors that have helped us achieve this milestone;

Posted by: Onkar Sharma
View more posts
Tags:Citrix, Cloud, desktop virtualization, virtualization
“Citrix’s 3-pronged GTM strategy – Focus, Engage and Specialize” 3 out of 5 based on 2 ratings. 2 user reviews.
The biggest challenge in the security industry is not knowing that you have been hacked – Ajay Dubey, Websense
Adobe selects TCS as premier partner for digital marketing solutions and services