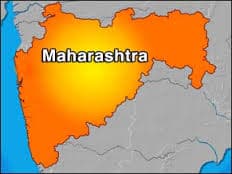 In a bid to give a much needed boost to the numerous smart city projects in the state, Devendra Fadnavis, CM, Maharashtra, is meeting global CXOs of the IT companies in the US.

Terming his meeting with Nadella as very productive and insightful, Fadnavis tweeted that the software giant will extend support for a digital village and smart city in Maharashtra.

He tweeted that Microsoft has agreed for a Digital Village and technology support for health care services in remote tribal. A pilot project will be kicked-off at Melghat in Amravati district in the near future.

The technology major has also agreed to develop a smart city, similar to the Maharashtra Industrial Development Corporation (MIDC) and will set up a cyber security center at Pune.

Fadnavis also met Joe Minarik of Amazon Web Services (AWS) and briefed him about the state’s new IT policy.

Amazon has shown keen interest in further dialogue for evaluating sites for India AWS Region and also for new investments.

In response, the AWS office tweeted “@Dev_Fadnavis assured all the help and necessary support if the company decides to begin its AWS operations in Maharashtra.”

Besides, the CM also signed a MoU for a smart city project in Nagpur, with Cisco.

The need for better cybersecurity in today’s digital-first, the interconnected world cannot be overstated. Faced…

CyberShikshaa: 1000 Women to be Trained and Offered Employment in India

Underlining the need to bolster the cybersecurity ecosystem in the country, Microsoft India and the…