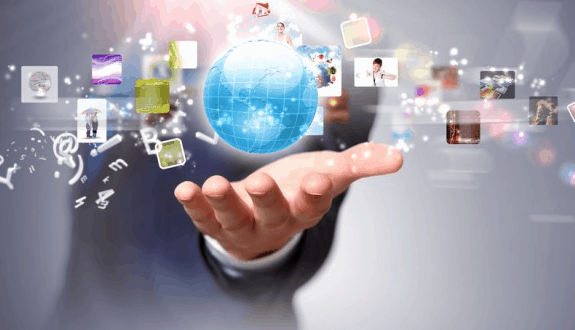 As digitalization matures, enterprises are increasingly finding themselves part of a digital ecosystem — a grouping of enterprises, competitors, customers, regulators and other stakeholders that exchange information and interact electronically. Gartner, Inc.’s annual global survey of CIOs showed that, despite only a modest increase in the enterprise IT budget (2.2 percent globally), spend on digitalization is on the rise.

Gartner analysts presented these findings during the sold-out Gartner Symposium/ITxpo, which is taking place in Mumbai through Thursday. The 2017 Gartner CIO Agenda Survey gathered data from 2,598 CIO respondents in 93 countries and all major industries, representing approximately $9.4 trillion in revenue/public-sector budgets and $292 billion in IT spending. For the purposes of the survey, respondents were categorized as top, average and trailing performers in digitalization.

Data from the 2017 survey shows that CIOs are shifting their investment pattern in response to digital business, with average CIOs already spending 18 percent of their budget in support of digitalization, a figure set to increase to 28 percent by 2018. Top performing businesses (where digitalization is “fully baked” into their planning processes and business model) are already spending 34 percent of their IT budget on digital, and this is predicted to increase to 44 percent by 2018.

Survey responses also point to the fact that digital ecosystem membership increases with digital maturity. One of the differentiating factors of a high-performance digital business is the creation of and/or participation in a digital ecosystem. Deliberate, wide-ranging use of an ecosystem to co-create solutions and take advantage of distributed capabilities separates top performers from the rest of the pack. Seventy-nine percent of top performers indicate their participation in digital ecosystems compared with 49 percent and 24 percent for average and trailing performers, respectively.

“A digital ecosystem amplifies the reach of a company. It not only enables scalable connections between known partners and customers, but also provides a platform for unknown parties to connect with one another,” said Andy Rowsell-Jones, research vice president at Gartner. “Ecosystems blur industry boundaries and give rise to entirely new kinds of companies, products and services.”

In order to fully participate in a digital ecosystem, CIOs will need to focus on three core domains: their technology core, their organizational capabilities and their enterprise leadership:

Extend the technology core to be digital ecosystem-ready

A combination of core and evolving digital technologies underpin the transition to digital ecosystem participation. Planned top technology investments by survey respondents include analytics, cloud services, digital market management and security. Business intelligence (BI) and analytics continue to top investment priorities across all organization types with an average of 38 percent of respondents citing them in their top three priorities.

For all but the top performers, enterprise resource planning (ERP) remains a significant investment with 22 percent of average performers and 30 percent of trailing performers placing it in their top three technology priorities. Just eight percent of top performers ranked ERP in their top three, having likely invested enough to modernize ERP and shifted that investment to higher return activities. In contrast, trailing performers are investing heavily in nondifferentiating activities. This seems to indicate that they will need to work hard to modernize their technology core before they can even consider digital business-style investment.

CIOs across the board identify the IT skills gap as the primary barrier to achieving the objectives in their role. An average of 34 percent of survey respondents reported that information-related skills represent the biggest gap, especially those skills which are needed for the newest, most advanced analytics environments. The skills that have previously been applied to pre-digital diagnostic analytics are not sufficient for the new real-time data scenarios presented by the Internet of Things (IoT), personal analytics, operational technology and information ecosystems. As a result, newer skills are in short supply and expensive.

“To create digital ecosystem-ready leadership, business leaders must re-evaluate leadership priorities, engage stakeholders and involve them across digital initiatives,” said Mr. Rowsell-Jones. “Leaders that are digital ecosystem-ready are panoramic thinkers. They look for opportunity in every direction, cultivate diverse partnerships, and question the value propositions and business models of the past.”

Posted by: DQINDIA Online
View more posts
Tags:CIO, gartner, survey
CIOs survey charts the rise of the digital ecosystem: Gartner 0 out of 5 based on 0 ratings. 0 user reviews.
Now book your Ola or Uber directly from Google Search
CIOs need to take a leadership role in creating a business ecosystem: Gartner