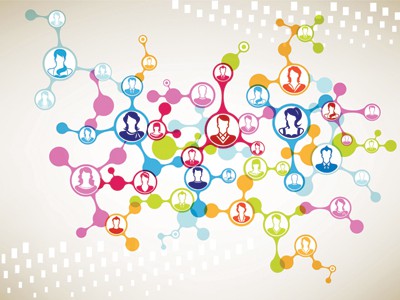 Sandip Kumar Panda, founder and CEO, InstaSafe said, “We have had an experiential journey with IAN & CAN. The CIO Angel Networks backing gives us awesome validation. The collective industry knowledge and business acumen of leading CIO’s, will help us validate the market opportunities even better going forward. At InstaSafe, it’s our mission is to make organizations more safe, secure & productive by leveraging the power of the cloud. We believe our platform can become the trusted cloud-based security layer globally that spans organizations, applications and devices to enable users to get work done more safely, efficiently—when, where and how they want. We believe that InstaSafe has the potential to emerge as global company out of India.”

With a focus to expand sales & marketing efforts and product engineering, the funding will be deployed to further develop the product features and hiring talent.

Under the mentorship of Sanjay Mehta, InstaSafe has won CIO Choice Awards for Cloud Security and the IBM Global Entrepreneurship award. Some of its prominent clients include the AV Birla Group, Asian Paints, DTDC Courier & Cargo, Pidilite and Kirloskar who use InstaSafe Secure Access to securely connect to their mission critical enterprise apps to thousands of distributed remote mobile workers. Typical Use cases of InstaSafe include, secure mobile remote access to On-premises or cloud applications, encrypted access to build a private virtual network across multiple public/private clouds and web security for mobile workers.

“The cloud and ‘as-a-service’ delivery models are transforming the IT landscape and we see tremendous opportunity in the rapidly-growing cybersecurity industry. InstaSafe Security-as-a-Service model is disruptive and holds global potential,” said Anthony (Tony) Thomas, founding member of CIO Angel Network.

Unlike appliance based solutions InstaSafe offers a hardware free, zero configuration, self-service style, fully redundant Security-as-Service which could be deployed in minutes with comprehensive reporting. With security emerging as a focus area for companies across the globe, InstaSafe’s solutions are set to disrupt the traditional Cyber Security market by bringing Cloud delivered Security-as-Service solutions, which are simple, flexible & affordable.

“Instasafe is well poised for advancing disruptively in the current market with their cloud based network security offering for Enterprises, the testimony to this is the fact that Indian CIOs voted for and recognized Instasafe with the much coveted title & recipient of CIO Choice 2015 in the domain of Cloud Security. At CAN, we look at supporting businesses like Instasafe who are creating value based offerings for their enterprise customers,” said Anoop Mathur, Founder & President, CIO Angel Network

“Despite the rise in Cloud services, Cloud related security is today among the topmost concerns for most CIOs. We are proud to be an investor in InstaSafe and believe in the team and its mission,” said Bindia Maheswari of CIO Angel Network.