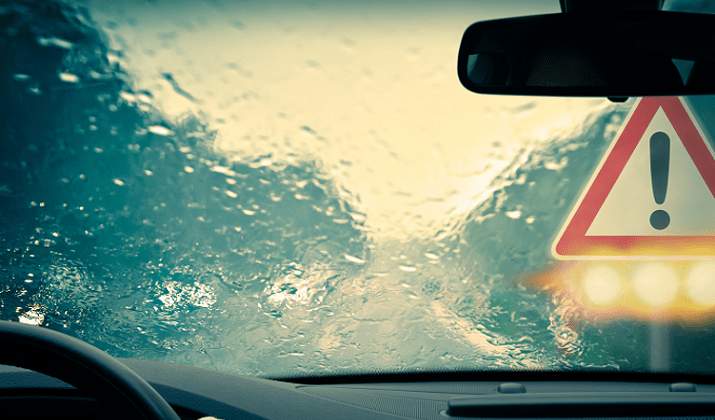 Road accidents make the national news on a daily basis. India has among the highest road fatalities in the world. Though India has been making strides on the economic and technology fronts, our roads, traffic conditions and pollution levels are dismal and detract from the real progress that the nation has achieved.

Something else that has been making the news on a regular basis are the numerous advances in automobile technology. While we might marvel at the technology, we may also dismiss it as irrelevant to the reality of chaotic Indian roads with their heavy traffic, vehicles of assorted shapes and sizes and drivers who shrug off traffic rules. On the contrary, technology could be an important part of the solution to make our roads and driving conditions safer. Automobile technology has developed in an incremental manner starting with features of convenience like cruise control, adaptive lighting and granular temperature control. Once cars became progressively more computerized, it prompted the rapid development of sophisticated safety and automated features.

For over a hundred years, cars have remained relatively unchanged in terms of who was in control of the decision making — the driver. What has changed in a period of a decade that has made us comfortable with the idea of sharing control of the car? At the centre of this automobile automation revolution is increasingly advanced semiconductor technology that has produced chipsets that get paradoxically smaller and yet more powerful with each generation. More and more computing power in the form of microprocessors and system on a chip (SoC, which includes a microprocessor along with advanced peripherals) are going into cars, making them into large, moving, digital devices. Termed as advanced driver assistance systems (ADAS), this high-end computing power has allowed manufacturers to include more and more electronic features that assist the driver in make safer driving decisions.

Each feature adds a layer of convenience and automation. For example, first we had cruise control that allowed the drivers to take their foot off the accelerator as the vehicle automatically maintained cruising speed. Of course, the driver had to control the steering and stay alert for vehicles in the front getting too close and brake when needed. This feature then evolved into the safer and more intelligent Adaptive Cruise Control (ACC) system which maintains pre-set speed as expected, but only as long as the car in front doesn’t get too close. If that happens, the ACC slows the car down, so it can maintain a minimum safe distance. Not having to stay on high alert helps with driver fatigue, improves fuel efficiency and adds immense value as a safety feature to assist drivers.

Newer models are also outfitted with laser and sonar sensors to determine distances and positions, as well as surround view cameras (including infrared for night vision) so a car can sense its surroundings in minute detail. The sensory input from these cameras and sensors is much more comprehensive than what a human driver can assimilate or process. The input about the surroundings is received by the electronic brain, assembled from powerful and specialised chipsets, and processes and analyses the input much faster than a human brain can. Based on the analysis, corrective action is routed to the driver as well as the engine control unit so it can be executed almost instantaneously. This process continues tirelessly throughout the entire journey without the distractions or fatigue that human drivers are susceptible to.

The advances in technology also extend to electric vehicles (EVs). EVs have been around in India for years, but only recently have been gathering momentum in India, thanks to the government’s policies to help the industry with standardization and mass adoption, especially in the area of public transport. EVs, fortified by powerful technology, will help reduce the alarming pollution levels in most congested cities, reduce the country’s dependence on fuel imports and capitalize on the nation’s push for solar energy.

Advances in semiconductor technology have led to compact and high-powered computing modules being incorporated into every part of a vehicle, adding intelligence and security. It enables real-time decision making based huge amounts of data, which is faster and much more consistent than human reflexes. Using this computing power to assist drivers to make logical and safe decisions on the road can go a long way in making our roads safer and healthier for everyone.

Viability of Electric Vehicle in India