Last year, the Donald Trump administration had barred US firms from the use of Huawei technology or providing technology to the Chinese firm, without any government approval, deeming it as a national security risk. USA has now imposed new restrictions on Huawei, limiting the ability to use American technology to design and manufacture semiconductors produced for it, abroad.

Early this month, TSMC announced its intention to build and operate an advanced 5nm semiconductor fab in the United States with the mutual understanding and commitment to support from the US federal government and the State of Arizona.

Next, China’s Semiconductor Manufacturing International Corp. (SMIC) will receive a $2.25 billion infusion from state investment funds to underwrite the development and production of chips intended to counter the new sanctions levied by the US.

Can you catch TSMC?
Now, all of these are very interesting situations! Huawei is among the world’s largest providers of ICT infrastructure and smart devices. SMIC’s 14nm platform completed R&D and moved into production. SMIC is building its 7nm platform. In between, there are the 10nm and 12nm nodes too!

TSMC is, by far, the leader by many miles, among fabs. It already has the latest technology nodes. Okay! Does anyone remember CoWoS (chip-on-wafer-on-substrate) services? 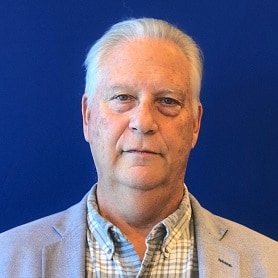 Len Jelinek, Research VP, Components & Devices, and Technology Fellow, Omdia, USA, said that the challenge is the impact of Covid-19. If you take Covid-19 out of the question, the US companies are going to see a reduction in revenue in China, due to either, a domestic company being able to produce a similar product, or the US government’s stance on selling to Chinese technology companies, like Huawei.

The largest at risk companies are Qualcomm and Xilinx. Companies like Micron will see the shares go to Hynix and Samsung. Smaller US-based companies will also see losses. The rift could even impact companies like ON Semiconductor, with Chinese companies choosing to use Infineon, ST Microelectronics or Toshiba.

Adjusting China
With the news of SMIC picking orders, how is China adjusting? He said that SMIC will definitely benefit from the US-China trade issues. SMIC currently obtains approximately 62% of its revenue from domestic companies. SMIC only obtains 22-25% of its revenue from US-based companies. It is likely that if a US-based fabless company wants to secure orders in China, they may have a better chance to do so if they manufacture with SMIC.

China has been aggressively addressing manufacturing expertise, as well as design. As China becomes stronger in design, the potential exists for more revenue to shift from multinational companies to domestic companies. China has recognized that to replace foreign semiconductors, it will have to increase the capacity, as well as designing, to drive new products.

Will they retaliate?
There is speculation that China may be retaliating in a similar manner. Should that happen, where will this lead to?

Jelinek felt that China will likely impose some form of financial penalty on the US goods. Semiconductors are not likely to be the area, interestingly, where the financial retaliation will occur. If China were to limit or penalize US-based companies, like Intel or AMD, then, the issue would be: what is the alternative product to theirs? That alternative does not exist today!

We are beginning to see the direction that this is going to go. Countries, and not only the US, are going to look long and hard at their reliance on the non-domestic manufacturing. In some cases, countries, through some form of subsidy, will be willing to bring supply chains back home, in order to secure at least a minimum of supply. Ultimately, there is a very likely increase in the cost of goods that the consumers will see.

What about European suppliers?
Finally, how are the European suppliers viewing this situation? He said that where alternatives exist, one can see the potential shift toward the European suppliers. In the case of Huawei, the competitors, Ericsson and Nokia, are poised to benefit in Europe. Also, countries do not want to install networks that will be difficult to support in the future, if the technology ban cannot be solved.

Gregor Rodehüser, spokesperson, Markets & Business Development, Infineon Technologies AG, Germany, remarked that in each market, where Infineon operates, it complies with the respective legal requirements. We pro-actively monitor the legal framework in our respective markets with regard to potential changes. In case, any revised regulatory requirements should come into force, that might affect our business with individual customers, Infineon will examine these areas and take the necessary consequences.

Gary Dare, from GLD Technology Advisory, Canada, said that he has been thinking of how the Chinese technology sector can overcome the restrictions on technology access. The key is open source, OpenPower, to replace Intel in servers and PCs, and RISC-V to replace ARM in 5G. RISC-V is a free and open RISC instruction set architecture.

He said, “I would be surprised if such efforts were not already under way at places like HiSilicon (Huawei), and with proposed prohibitions on non-US entities like TSMC this past week, and encourage the eventual manufacture by SMIC.”

Now, OpenPOWER is said to be the most open and high performance processor architecture and ecosystem. The RISC-V reduced instruction set platform will be a serious contender in the mobile OS space. It will threaten the dominance of Intel, and Softbank’s ARM. Then, there is also MIPS, a RISC architecture. The MIPS stack is said to be more complete, and includes things like DSP (digital signal processor) and SIMD (single instruction, multiple data) extensions. Nevertheless, it remains to be seen whether OpenPower and RISC-V are being adopted!

Meanwhile, the North America-based manufacturers of semiconductor equipment posted $2.26 billion in billings worldwide in April 2020 (three-month average basis), according to the April Equipment Market Data Subscription (EMDS) Billings Report published by SEMI. The billings figure is 2.2% higher than the final March 2020 level of $2.21 billion, and is 17.2% higher than the April 2019 billings level of $1.93 billion.

Before I forget, Samsung plans to build its own 5nm extreme ultraviolet (EUV) fab in Pyeongtaek, South Korea, about 70km from Seoul for 5G, AI, HPC, etc. In December 2019, TSMC announced that it was on track to start 5nm commercial production in H2-2020. A 3nm volume production will likely start by 2022.

This is just the beginning! The story continues.

Posted by: Pradeep Chakraborty
View more posts
Tags:china, Semiconductors, US
China-USA chip tiff: Who is winning the battle, for now? 0 out of 5 based on 0 ratings. 0 user reviews.
EduTech System Should give Personalised Learning – Anand Dani, EI
Microsoft Offers Free Online Course on IoT: All You Need to Know

Lam Research believes that you can’t identify an innovator through innovation alone. It’s through collaboration,…

According to the latest TrendForce statistics, revenue of the top ten global IC design houses…