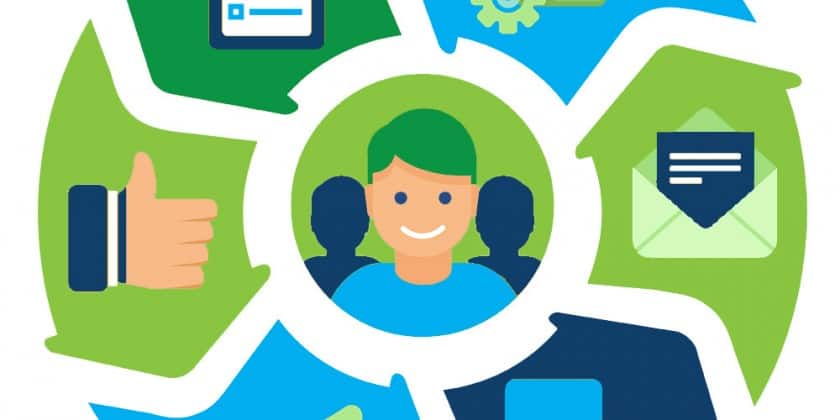 Hazarding a guess on future is not an enviable task. Especially in today’s turbulent times, the future is confusing, ambiguous and downright uncertain. And most importantly, exemplary understanding of the past does not even guarantee a minimum insight into what is to come. As Werner Erhard once said “Create your future from your future not your past”.

Having said so, the only logical way is to probably look for any fundamental shift in behavior over a period of time and see if you could imagine what would happen. And that isn’t easy either as this phenomena called ‘customer experience’ is impacted by multiple forces. The principal forces are the enterprises which provide products and services, the customer who consumes it and the ‘ways and means’ with which this transaction between the enterprise and the consumer happens. For the time being let’s call this ‘ways and means’ as technology, as it seems to be a major actor. We await to witness several fundamental shifts in customers’ behavior.

As one observes the power dynamics between the enterprise and the consumer since the days of industrial revolution, has fluctuated based on the market economics. While it might be another science altogether, one might be able to cull out an empirical pattern of power dynamics based on the increasing use of technology.

As the ways and means of accessing an enterprise grew in variety and reach, the ‘power to contact’ shifted to the consumer. In the days of ‘walk-ins’ enterprises had a lot of say on the time and manner of access. With the advent of newer channels viz. the telephone, mobile, and internet, the consumer now decides the time and manner of access. Needless to say, this shift has already happened. Many recent researches point to a large percentage (80 % upwards) of top 10 service brands making more than one channel available for consumers.

The second shift: Power to be informed and listened to

The advent of social media and its plethora of public forums which is reviewing and rating enterprises and their products and services 24×7, there has been an vast improvement in the consumer’s ability to access equal, if not more information on the enterprise’s market performance. And this information is continuously being crowd–curated to be increasingly current and relevant. Brands are being talked about more and more on social media. While digital marketing has already arrived, social customer care has started also to become increasingly important. Social media report – 2012 from Nielsen talks about an average of 47% of social media users engaging in social care.

The third shift: Power to demand

What this shift will amount to is anybody’s guess. If we were to frame a question as “What would a customer do in a highly commoditized and competitive market , if the ways and means of access are in his control, and he has the most comprehensive, authentic latest information on the performance of the things he is going to buy?”. With the second shift, enterprises are already trawling the digital universe and listening to every move of the customer. The advent of high speed, high volume and high velocity analytics has started making this happen in near real-time. Researchers are now talking about an expectation of ‘less than hour’ turnaround on complaints made on social media. Marketers are seeing ‘segment of one’ marketing in the realm of possibility. In short, every consumer is the ‘center of universe’ and everyone is waiting with bated breath for every word and move of theirs. Hence, the shift in the ability of the consumer to command their need. And how might they do it? By simply announcing it? In consumer driven reverse auctions? Through the devices that will constantly transmit their interpretation of their needs? Anybody’s guess!

If one were to argue that this is possible only in a digital world, while that may be true for now, with the advent of internet of things, the physical world of the consumer merges itself into his digital world. Most of his physical devices will be connected to the digital universe. They will be constantly transmitting their (actually his) need to the digital universe. But how would they know his unique flavor of need. Quite simply they would be observing him. Over a period of time they will ‘self-learn’ him into them. In short they will be him and he will be them. It is said there could 35 – 50 billion such devices in a decade or so. With world population hovering at 8 billion or so, every consumer on an average has made himself felt in the world through 5 to 7 devices at least. Will this happen? All one can say is that it’s possible, if not probable.

I believe with the third shift the future of customer experience, would have truly become that of the ‘customer’ and not that of the ‘enterprise’! Enterprises, be ready!

CRM or Customer Relationship Management is as old as commerce itself. However, in the last…

Listening – Key to Understanding Your Customer