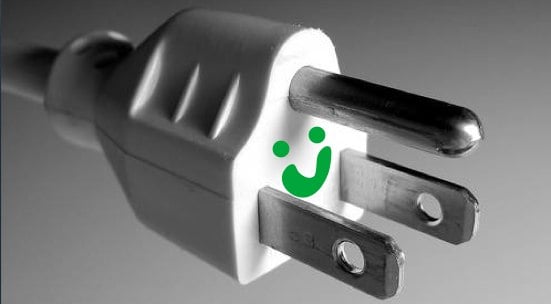 Datacenters are at the center of businesses today as every organization depends on the information stored and processed through a datacenter. However, many of the datacenters are running on old infrastructure, resulting in huge power bills. This is the reason that datacenters have been known to be excessive consumers of power, consuming up to 3% of the global electricity production, and roughly 10 times more per square meter than an average office.

Previously, energy efficiency wouldn’t necessarily be at the top of an organization’s priority list, but rising power costs, and an ongoing need for more hardware and equipment, as well as booming data consumption is changing the way datacenter owners are planning and running their facilities. Indian organizations are slowly realizing the need to have a datacenter which is far more energy-efficient.

Typical power-guzzlers in a datacenter are IT equipment that include communication systems, storage systems, and other IT systems such as processors, server power supplies, network infrastructure and hardware, computers, UPS, and connectivity systems. If modern tools and equipment are used, enterprises can save huge on their power bills.

According to a study, datacenters are one of the reasons for greenhouse emissions, which can be reduced by 88% by switching to efficient, off-theshelf equipment, and improving energy management. However, as a number of Indian enterprises are facing legacy issues with regards to their datacenters, upgrading their datacenters on green norms is becoming a challenge.

Challenges in Greening a Datacenter
Managing a datacenter operation has always been a complex proposition, as a lot of IT equipment is housed inside a datacenter. Because of the complexities and intricacies involved in a datacenter environment, CIOs in India often make incremental changes on the existing hardware. This approach looks erudite but further adds to the woes by increasing the complexities. General thinking coaxes them to give utmost priority to the upfront cost of equipment, which might necessarily not be power-efficient.

A study reveals that Indian CIOs make decisions within the periphery of the IT budgets assigned to them. The tendency bars them from stepping out and charting a concrete long-term roadmap. “While there are active conversations regarding green datacenter initiatives across the IT space, a large number of enterprises are unclear in framing strategies for a greener approach,” believes Sanchit Vir Gogia, Chief Analyst and Group CEO, Greyhound Research.

Indian organizations have begun to step out on the innovation front but they are primarily concerned about the adoption of trends such as cloud and big data. As a general belief, these enterprises keep themselves limited to technologies, which they believe will help them board the cloud train. Many of them have adopted virtualization, which in a way, is one step closer to green datacenter but is not enough.

“We have embraced virtualization to smartly utilize the resources in our datacenter. While we have done this in our existing datacenter, this will allow us to adopt new trends,” shares GS Ravikumar, CIO, Gati in a brief conversation at a Dataquest event recently.

The increasing flow of data has put a lot of stress on the existing datacenters. While the new equipment and latest designs are capable of saving a lot, it is not a cakewalk for companies to move to an altogether new setup. Greening their datacenter involves a lot of stages. Another thought which bars them from moving to a hosted environment or new virtualized environment is their mindset to keep data on-premise. This is especially true for heavily regulated sectors like BFSI, law firms, telecom, etc.

Subroto K Panda, CIO, Anand and Anand puts this in context, “In a law firm, data privacy is very important as we deal with client data which is critical to the success and failure of the company in a court of law. It is not easy for us to move all of a sudden to a new environment. However, gradual changes can help you achieve green standards in your datacenter.”

Most of the energy that is consumed within a datacenter needs to pass through various stages of distribution before it can be used by IT systems. This energy is converted to heat, which is why these facilities require a significant amount of cooling. Hence, most of the organizations spend a hefty amount on power. The irony is that CIOs do not mind the cooling cost as the electricity bills do not fall in their purview. Organizations need to be cognizant of the green aspect at the top level so that power-saving also becomes a priority for the IT departments. CEOs and the top management need to make provisions to deal with this aspect.

As server densities continue to rise, cooling systems are under increased pressure in order to keep IT equipment and servers cool enough for them to operate efficiently. If temperature or the humidity is too high, IT equipment can be damaged and tape media errors can occur. This will lead to a significant loss for the organization. Thus, there is no choice but to spend on cooling the servers constantly.

Agrees Mani Kant Singh, CIO, Orbis Financial, “Server cooling is the biggest power-guzzler in an organizational setup. For 100% uptime, organizations have no choice but to provision for the server cooling.” He further adds, “It is important to explore options to cut down the electricity bills and reduce carbon emissions through innovative measures. We are trying to explore different options within the company and are evaluating available technologies.”

According to a CII study, ‘Energy Efficiency in Indian Data Centers: Present Trends & Future Opportunities,’ one of the side effects of power issues is the inability to reduce air conditioning set point. The study further underlines that it is a well-known fact that air conditioning is one of the major energy consumers in a datacenter. Any small improvement in the efficiency of the air conditioning system results in considerable energy savings, thus reducing the overall cost of operation. The study also observes that datacenter operators are well-aware of the energy savings opportunities that an air conditioning system offers. However, if a datacenter operates at a low temperature, a five-minute stoppage of chiller system will not drastically affect the temperature profile of the conditioned space, but this will put the overall operation at risk.

In some industries the power usage is generally high. In the healthcare space mainly hospitals need power 24×7. For them it is important to reduce the power consumption of their IT equipment. Arvind Sivaramkrishnan, CIO, Apollo Hospitals shares, “It is not easy for hospitals to operate these days. The challenge is to find ways to reduce power consumption through modern technology and innovative datacenter designs. While our datacenter has a lot of scope of improvement as far as green is concerned, we try to adopt technology that helps us reduce carbon emissions.

Federation of Karnataka Chambers of Commerce and Industry (FKCCI), an apex organization for industry, trade…

Greyhound Research recently conducted a survey of manufacturers in India.  About 75 per cent of…