Opening HP Discover Las Vegas 2015, the last event of an undivided HP, CEO Meg Whitman took the stage to detail the future course of HP’s enterprise business. Meg unveiled the new look and logo of Hewlett Packard Enterprise to an audience of thousands of attendees. HP, the $112 B Silicon Valley icon, is slated to split into two companies, Hewlett Packard Enterprise and HP Inc. from November 1, 2015. 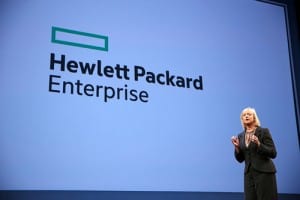 Meg’s key talking points centered on the concept of ‘idea economy’ and IT for the ‘new style of business’, terms that encapsulate the dawn of the digital economy and the IT infrastructure needed to support it. She dwelt on a four part mission for HP’s enterprise business: transforming to an hybrid infrastructure, enabling workplace productivity, protecting the digital enterprise, and empowering the data-driven organization. Essentially, this is the charter for HP’s enterprise business and the guiding principle to organize the company, she said.

At the event, HP announced new customer engagements as well as enhancements to its storage, converged data center infrastructure, cloud and software portfolios that will aid companies in their transition to hybrid IT and put them in a better position to turn ideas into value. Based on official releases to the media, here’s a summary of the main announcements: