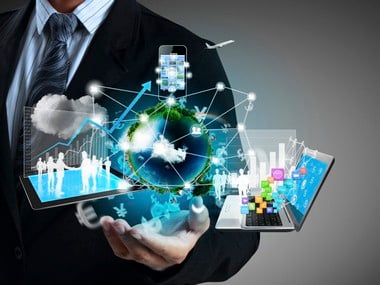 Ganesh Chaturthi 2018 is almost here and the celebrations, happiness, fervor and excitement one can see during festivals in India is unmatched. People from all walks of life forget their jobs, schools and colleges for a day to dedicate themselves to celebrate Ganesh Chaturthi. The Ganesh Utsav is celebrated in Maharashtra for as long as one week to ten days. As technology has managed to change almost every process all over the world, it has done the same to festivals in India too.

Although the essence of the festival is still not lost, with the dawn of technology, the way people are celebrating Ganesh Chaturthi has certainly metamorphosed the high tech way.  Ganesh Chaturthi can now be celebrated by just putting a user’s fingertips on the mobile screen. Ganpati idols are just a click away and can be purchased online from e-commerce sites like Amazon, Snapdeal and Flipkart, as well as sites like OhmyGanesha dedicated to selling only idols of Ganesha.

What’s more, people d not even have to go hunting for priests to do the Ganesh Puja as priests can be booked online as well. Apps like Book A Pandit G have rightly understood the importance of puja in an Indian’s life and capitalized on the same by building a platform dedicated to it. The makers of the app claim that they provide a pandit for puja at very ‘reasonable’ booking prices. Even the items needed for the puja can be bought on the app. There are also millions of apps offering a collection of Ganesh images, songs and aartis as well.

Furthermore, apps like Best Pandal Near Me and Find Ganesha can suggest users popular pandals around them by using Google’s location services. YouTube too understands the importance of the festivals. Modak recipes and Ganesh aartis and songs are recommended to users during this time of the year, for they most certainly receive clicks and will be viewed by Indians. Several other Ganesh pandals too provide live feeds via YouTube, Twitter and Facebook to devotees who are unable to visit them personally.

When it comes to Ganesh Chaturthi, no one can beat the way Maharashtrians and especially Mumbaikars celebrate the festival. Lakhs of Ganpati Pandals are set up across the city for seven to ten days. However, one of the oldest and most popular pandal is the Lalbaugcha Raja (The emperor of Lalbaug). Lalbaugcha Raja has about 1.5 lakhs devotees visiting the pandal every day. To catch a glimpse of the Lalbaugcha Raja, people end up standing in queues from five to as long as 40 hours.

To cater to the needs of those who are unable to stand in queues and those wanting to watch the festivities from different cities, the organizers of Lalbaugcha Raja have launched an app and website that provide live feed of the pandal to viewers. The website ha s all the information related to the aarti and a YouTube feed providing live video of the idol throughout the day.

Although technology has transformed the way this festival is celebrated, the pride, joy and emotion one feels when they say “Ganpati Bappa Morya”, still remains untouched.

Posted by: DQINDIA Online
View more posts
Tags:Apps, Live feed
Celebrating Ganesh Chaturthi 2018 the High Tech Way 0 out of 5 based on 0 ratings. 0 user reviews.
PUBG Mobile To Be Down Tomorrow, Will be Back With Sanhok Maps
Unsecure IoT Devices are Leaving Organizations Vulnerable: Fortinet