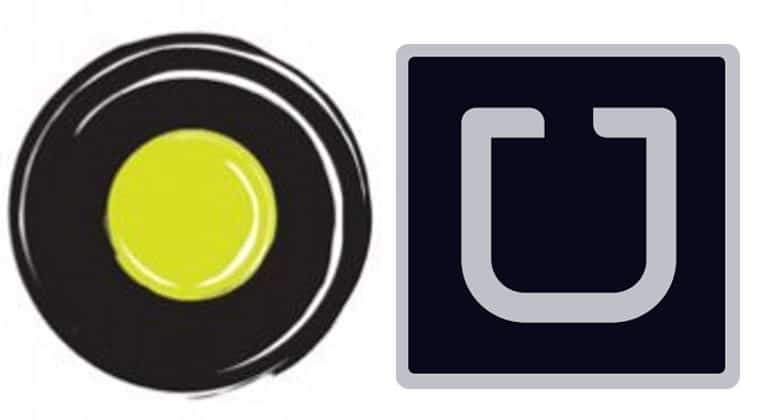 Despite being a business that is highly betted upon, cab aggregation has its bag full of quandaries like huge cash burns, no headroom to hike fares, inability to roll back driver incentives and big promotion to increase yield, etc. It’s about time to anticipate some consolidation in this segment. Though there are denial from Uber management on various media reports and reiterations that they are committed to India market, in spite of their sale of Indonesian operations last year. Here is an attempt to understand, what are few compelling reasons, which may lead Ola and Uber to a merge as their common investor SoftBank will be breathing down their neck driving this point home.

The mounting losses of Ola are far higher and outstripping its peers or global cab aggregators’ performances. Ola’s operating losses for FY 2017 was around 3,730 crore and this does not include taxes and net interest income. Even more alarming situation is that its losses are more than three times of its revenue which is close to 1,178 crore. Actually, these losses are far higher than other leading cab aggregators in the world. Lyft, another global cab aggregator has ended its year with an annual losses close to 60% of its revenue, while Uber’s operating loss was close to half of its revenue. Needless to say that Ola’s is in extreme side of negative zone and will be expected to cut the losses. With a cash burn around 4,000 crore Ola is burning close to Rs. 3.40 on every rupee it earns.

Lack of yield and economies of scale:

It’s important to have higher yield and economies of scale to succeed and sustain in such dynamic and voluminous business, when the ride-fare size is quite low. This also means a very low average fares and it does not yield the revenues to cover the expenses, as the cost of operations is going to be high for managing the fleet of cars on the road and active. While these aggregators can do their chest thumping on the account of total number of rides engaged and app installations etc. Still the revenues are not upto the desired levels. This also indicate that India market may not have enough space for two big, as well as many other fringe and regional cab aggregators to compete feverishly.

The options for Ola and Uber are also quite limited. Increasing the fare will not be an option as it will impact the rides and revenues. Neither, they can reduce the incentives for drivers nor they can go slow in adding more cars to their respective fleet. Either of these steps to reduce the operational expense will further impact the business growth, which in turn will increase the losses further. The incumbents can not compromise on compelling offers and marketing promotions too as they will be growth deterrents.

In such scenarios, its better to opt for a merger and look at the complementing and rationalizing on the operational cost, infrastructure cost and holding on to the drivers who otherwise will flee away to the competition. In fact, even there will be funding challenges as the funding organizations will tighten their belts to see these aggregators cut their losses and consolidate.

This merger may not result into a twice the size of Uber or Ola, but it will compel them to have a harder look at their operating performance and better them as a single and large entity ready and prepared to take further disruption in this segment or combat with any new player or disruptor. Who knows tomorrow an entrant like Reliance Jio might come and disrupt this entire segment and force these two incumbents to merge. Hence, it would certainly be wiser to merge before getting disrupted by a new player altogether.

Posted by: DQINDIA Online
View more posts
Tags:Lyft, Ola, Reliance Jio, Uber
Catch 22 Situation for OLA and Uber – Should They Merge or Not? 4.5 out of 5 based on 2 ratings. 2 user reviews.
CSG To Double Bengaluru Workforce
How Big Data and Artificial Intelligence are Helping the Lending Industry Function Optimally