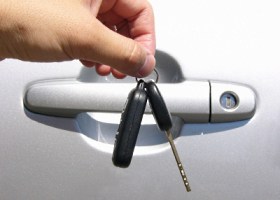 Most consumers are doing online research to help them make car-buying decisions, and most are doing so before visiting a dealership, a new survey by Accenture reveals. The survey also shows that 75 percent of drivers polled would consider conducting the entire car-buying process online.

The survey of 10,000 consumers in eight major countries found that 80 percent of drivers seeking to purchase a new vehicle are using some form of digital technology to research their buying preferences, and nearly two-thirds (62 percent) are initiating the car-buying process online, including consulting social media channels, before entering a dealership.

Additionally, three-quarters (75 percent) of the survey respondents said that if given the opportunity, they would consider making their entire car-buying process online, including financing, price negotiation, back office paperwork and home delivery. Two-thirds (69 percent) said they have either bought a car online or would consider doing so. The findings also reveal that consumers would be open to using new, emerging online channels for purchases. For example, 63 percent of respondents said they would be interested in buying a new car through an online auction.

According to Accenture, the survey findings point to the growing need for automotive original equipment manufacturers (OEMs) and dealers to increase their focus on online engagement with consumers. More than half the drivers surveyed said they want the industry to improve online channels in order to make researching a new vehicle easier. Specifically, they are interested in getting more tailored information online, more virtual demonstrations and more sites that provide an opportunity for comparison shopping. This is consistent with Accenture B2C commerce research which shows that retailers now see an omni-channel customer experience as a brand differentiator.

With respect to dealer visits, more than half (53 percent) said they would be interested in access to an interactive touch display that provides information on the available models during a visit to a showroom, and 48 percent would like to be able to take a virtual test drive at the dealership.

“The impact of the digital customer is becoming pervasive, disrupting the traditional car-buying experience and the competitive landscape,” said Christina Raab, global managing director for Digital Consumer Services in Accenture’s Automotive practice. “This is clearly supported by the fact that many would consider conducting the entire car-buying process online. In order to grow business in this environment, OEMs and dealers will need to pursue an aggressive digital strategy online, in the showroom and in aftersales, while creating a seamless, integrated experience to accommodate all customer needs.”

The survey found that consumers believe the aftersales process and the availability of extra pricing options online are the weakest links in the digital car-buying experience, and about a fifth of the respondents believe these areas need to be improved. Accenture believes enhancing aftersales is particularly critical, since poor performance in this area can make or break brand loyalty. “Consumer interest in making car purchases fully online or through new mechanisms such as online auctions suggests that OEMs and dealers should consider exploring those options,” Raab said. “They have the opportunity to develop a multi-channel presence to meet varied and additional demand, increasing profitability.”

Car-buying changing around the world
While the survey indicates that digital technology is increasingly influencing auto markets throughout the world, the results also show that there are marked differences by country in consumer preferences:

Methodology
The research was conducted by Coleman Parkes on behalf of Accenture. In total, 10,000 car owners were surveyed in eight countries: Brazil, China, France, Germany, India, Italy, Japan and the United States.