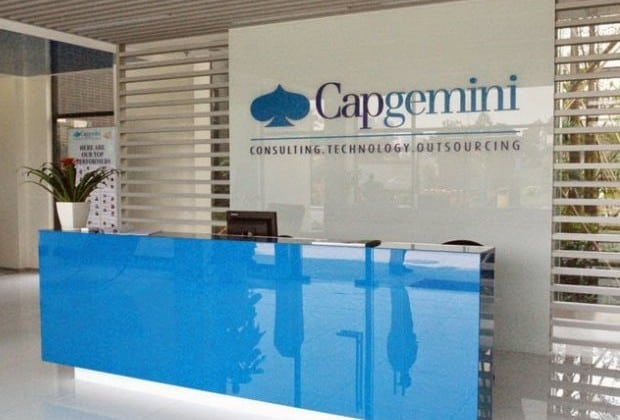 Capgemini helped celebrate its 50th Anniversary by setting a GUINNESS WORLD RECORDS title for their unique initiative “ROAR – The Fit India Movement.” ROAR (Run Over Another Record) saw over 4,930 Capgemini employees across seven cities in India perform 15 different fitness routines to a 6-minute instructive fitness video playing simultaneously. Employees across Capgemini offices in Bangalore, Chennai, Hyderabad, Pune, Mumbai, Delhi and Kolkata participated in the record for ‘The Most People Exercising to a Fitness Video at Multiple Venues’.

An adjudicator from the GUINNESS WORLD RECORDS was present at the Capgemini Bengaluru EPIP Campus to witness the world record attempt and determine the veracity of the activity with support from independent witnesses and stewards in other locations, who were appointed as per Guinness guidelines. The GUINNESS WORLD RECORDS certificate was presented to Srinivas Kandula, Country Head of Capgemini in India, in Bengaluru in the presence of several members of the India leadership team and Capgemini employees.

Swapnil Dangarikar, Official Adjudicator, GUINNESS WORLD RECORDS said, “We congratulate Capgemini on their commendable achievement and are pleased to have them on our records book yet again. It was an absolute delight to witness employees coming together in such large numbers with so much enthusiasm. We appreciate the efforts taken by the Capgemini team to make this event a great success.”

Speaking on this occasion, Srinivas Kandula, Country Head of Capgemini in India, said, “I am overwhelmed by the enthusiasm shown by everyone who joined us in achieving the GUINNESS WORLD RECORDS title once more and congratulate each one of them in this marvellous feat. We started this milestone 50th year with MoveFifty and ROAR is supporting that exciting Group initiative to get everyone moving for charity. Both initiatives focus on driving employee wellness and high satisfaction quotient and making Capgemini in India an employer-of-choice. ROAR is also our attempt to help our employees live by one of our core values, which is fun and I can assure you we all had fun here today achieving this great result together.”

2017 is a milestone year for Capgemini as the Group celebrates its 50th Anniversary. Several key initiatives focused on employee wellness and engagement, namely MoveFifty, MyJashn50 and ROAR, have been conducted in India to celebrate the momentous occasion. Over 25,000 employees in India have participated in various celebratory activities conducted in the last 10 months.

All graduates need to continuously reskill and upskill: Capgemini

Post Covid-19, is India’s TMT industry on the cusp of takeoff?

Despite Covid-19 and its impact, the telecom, media and technology (TMT) industry in India is…