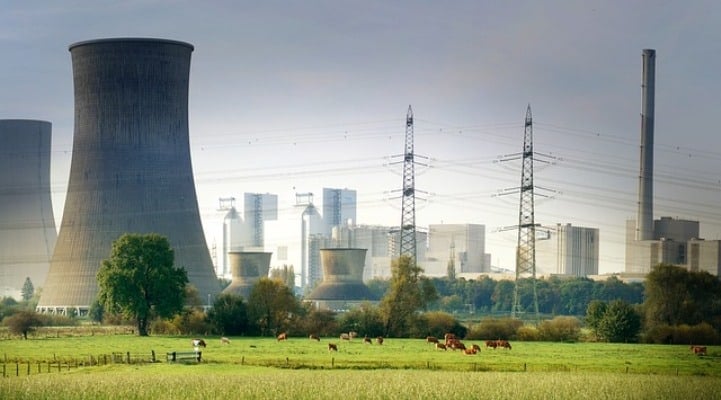 Technological innovations have always been shaping the agricultural sector from the start of human civilization. We are constantly working to innovate to find new methods of farming such as improved irrigation practices or breeding more disease-resistant variants. These iterations are essential to feed the growing global population in a more sustainable way against the threat of depleting agricultural land and dwindling freshwater supply. According to the Food and Agriculture Organization of the United Nations, the world population is expected to touch 9.7 billion in 2050 which will need food production to be boosted by 70%.

How has the agricultural sector transformed over the years?

Agriculture technologies have evolved rapidly in the last 50 years which has changed the way farms function. The Green Revolution started in the 60s which ushered in new irrigation and crop management techniques that led to the growth of new strains of wheat across the world. In the 1970s, a new herbicide was introduced that allowed farmers to control the weeds that damaged crops. The first twin-rotor system was created in 1975 which allowed the crop to be cut and separated in one stroke. The first genetically modified plant cell was created by Monsanto in 1982. Satellite technology to observe and track farms was introduced in 1994. By 1996, Monsanto was able to create the first commercially available genetically modified crop. The advent of the 21st century saw farmers having access to software and mobile devices. This gave them access to more information than ever before and they could take action on the go like placing orders for seeds and fertilizers. In 2015, Data became the most important tool in the farmers’ arsenal that helped them to make more informed decisions that could help in optimum utilization of resources. The first digital platform that brings together data collection, weather monitoring, and agro modeling was designed which helped farmers to understand their fields better.

Why is technological intervention the need of the hour?

‘Digital transformation’ has been creating a buzz within the agri-food sector for nearly a decade. Digital technology has helped farmers with access to information about the markets and has helped to streamline supply chains by providing tools for food safety and security. Not only farmers but these innovative solutions have also impacted all the prominent stakeholders in the Agri value chain across all levels. However, the term ‘digital’ doesn’t hold an equivalent connotation for the various people at various levels of the organisation.

While for one person, it could solely mean the adoption of modern technology to streamline business processes and gain a competitive advantage, for the other, it is the perfect solution to strengthen relationships with buyers or consumers. For the rest, it could represent the digitisation of all data to improve time and cost-efficiency. Being digital has given large and medium organisations the facility to unearth and analyse unprecedented volumes of Agri big data, which has further enabled various stakeholders to make more value in the processes they oversee.

Various technologies that have been adopted by the sector

The world of agriculture has seen a tremendous boost due to the use of AI. The impact of IoT in farming has brought in wonders and scaled up benchmarks for farmers in terms of food production and made a positive impact on their livelihoods. AI-driven agriculture essentially means intelligent, data-driven decision-making, better yields, higher-quality production through a reliable, accurate, and sustainable system that employs modern technology towards designing a better future for agriculture. AgTech driven by AI and IoT will also act as a knowledge repository for the farmer to be future-ready in terms of dealing with uncontrollable and instant decisions.

Farming is going through an amazing phase of technological transformation and the use of modern technology such as IoT is gaining traction. IoT sensors-enabled smart farming systems are being built to monitor the farms and improve the entire agriculture ecosystem. IoT applications help agriculturists, food producers, and farmers to obtain real-time information on weather conditions, soil moisture, water usage, determine the optimal harvest time, increase efficiency and yield.

The implementation of digital technology in agriculture has been a major game-changer for farmers that has revolutionized farming. Data Analytics for decision-making will minimize errors in judgment and the farm can work to its optimum potential. AI/Machine Learning (ML) can enable the reduction of operating costs while improving harvest yields.

What does the future hold?

Starting with modernising the way farming is administered, making better value for all the stakeholders within the ecosystem, to delivering nutritious food to people across the world, digital agriculture is encouraging extensive progress in the sector like never before. The transparency that modern innovations offer enables producers to manage supply and demand while also embracing the simplest practices for a sustainable future. The availability of rich data from different levels of food production and distribution is additionally capacitating the worldwide R&D teams to extend operational efficiency both on and off the sector, and to style agri-inputs that are capable of overcoming present-day challenges. Having set the stage for an explosion of cost-effective innovations within the sector, it’s safe to conclude that this is often just the start of the groundbreaking opportunities that lie ahead of us.

Posted by: DQINDIA Online
View more posts
How can technological advancements shape the agricultural sector? 0 out of 5 based on 0 ratings. 0 user reviews.
CBSE Board Exam 2021: 12th Standard Students Demand Cancellation of Examinations
DevOps driving a new approach to cloud development