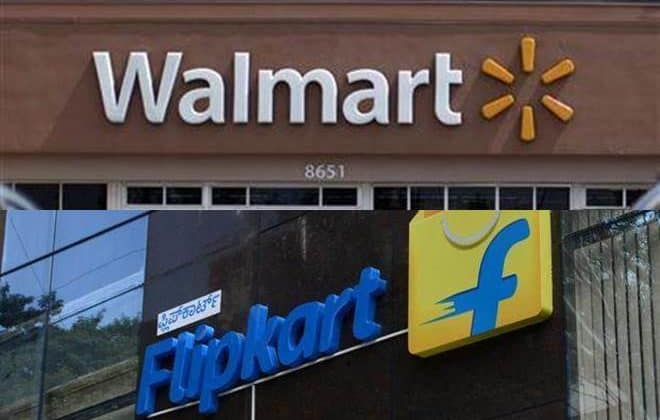 The after effects of Walmart’s acquisition of a controlling stake in Flipkart continue. Thousands of traders across 500 cities and towns of India are up against the deal that has potential to threaten their future. The protests are being led by the Confederation of All India Traders (CAIT), and its petition to the Competition Commission of India (CCI) demands rejection of the Walmart-Flipkart deal. The trade body is also demanding for a transparent e-commerce policy and also an e-commerce regulatory body.

Global giant Walmart’s entry into online and e-commerce could lead to more aggressive sales and marketing scenario with e-commerce king Amazon, and in the process further hit small and neighbourhood traders. Experts agree that to win Indian market share and customers in the online retail space, which is likely to touch $200 billion by 2026, both Walmart and Amazon will be ready to lose more money in the near-term.

Walmart’s acquisition of Flipkart will provide the company with a good foothold in India, and also benefit from its existing and future retail stores. Currently, Walmart India operates its cash-and-carry business across 21 towns in India; and plans to open 50 more stores in the next few years.

For the fiscal year 2016-17, Flipkart reported a 29% increase in revenue to Rs 19,854 crore, even though it’s revenue growth had slowed from 50% in the prior year, and its loss had increased 68% to Rs 8,771 crore. Recognising the potential and growth of retail in India, Walmart has been eyeing the Indian market for a while. The company is paying $16 billion for 77% of Flipkart, valuing the company at nearly $21 billion.

Walmart CEO Doug McMillon and COO Judith McKenna have claimed that their main reason for acquiring Flipkart, besides its market share in a big and growing market like India, is Flipkart’s tech platform, and its talent pool. These will be critical as Walmart spreads its e-commerce wings globally.

Posted by: Ibrahim Ahmad
View more posts
Tags:Amazon, Flipkart, Walmart
Can CCI Reject Walmart Flipkart Deal? 1 out of 5 based on 1 ratings. 1 user reviews.
How Western Digital Created A Proactive Storage Backbone For Matrimony.com
Pitney Bowes Named One of India’s Best Companies to Work For in 2018