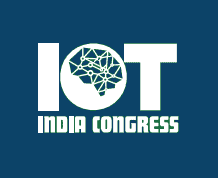 IoT India Congress, a platform-of-platforms for the IoT enthusiasts announced the call for nominations for its inaugural IoT Thought-Leadership Awards 2016. The awards aims to reward and celebrate individual excellence and leadership in the IoT ecosystem.

Nominations are open for those who have made exemplary contributions towards the advancement of the Internet of Things or its adoption in India. The award is uniquely designed to honour such individuals who are seen to be playing a major role in shaping the evolving movement of IoT in India.  Submissions close on 22nd August 2016.

The IoT India Congress 2016 is set to be the biggest forum bringing all the prominent IoT players in the country on one platform. With this award, we aim to give impetus to the individuals who have played a critical role in evolving revolution of IoT in India.” Dr. Rishi Bhatnagar, the Chairman of the IoT India Congress organising committee said in a statement.

IoT Congress Thought Leadership award will be a part of The IoT Congress 2016, a three day mega event on the Internet of Things scheduled to be held on September 6 – 8, 2016 in Bengaluru. The Congress aims to bring the IoT practitioners (hardware – devices, portables, sensors, software, business) and IoT enablers (regulatory, training, investors in IoT, end users) to work together and create a platform that is industry efficient as well as robust.