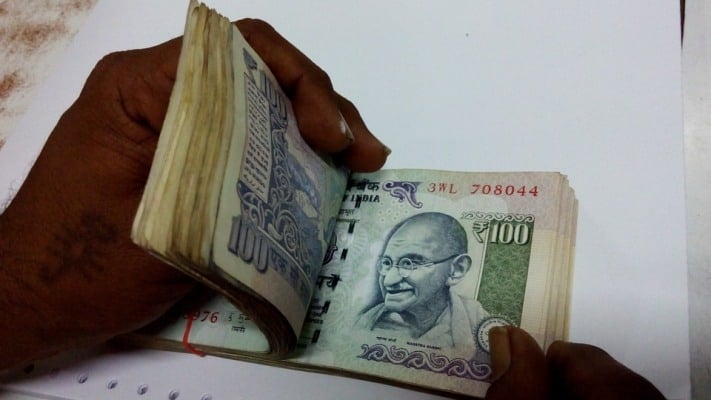 The Budget 2019, the first major proceeding after Modi 2.0 came into place, was announced a short while ago. A range of initiatives right from tax reforms to steps that will give a push towards job creation in India has been announced. A special importance has been given to the startups, MSMEs, SMEs and women entrepreneurship.

The proposed announcement of the increase in the minimum shareholding threshold from 25% to 35% is a move to increase public participation in listed entities thereby fortifying the fundamentals of Governance . One would need to evaluate once the fine print is available ( as the FM mentioned that SEBI will be issuing the requisite circulars) as there would be some clarifications expected including on grandfathering of existing situations , movement to the desired threshold.

With India set to become a $3 trillion economy this year, the first union budget by the Modi 2.0 government has introduced several benefits for the MSME sector. Over the years, MSMEs have been battling to get loans, given their inability to produce relevant assets as evidence. In fact, the current gap between the demand and credit supply within the Indian MSME sector is about $230 billion. The introduction of  the 1 crore – 59 minute MSME loan brings great relief to small business owners, making easier accessibility and processing of loans through a single portal. This, in turn, will translate into the stability and growth of the sector, with the sustenance of existing business and birth of new ones. Also, the pension programme for 30 million retail traders is an encouraging move, keeping in mind that the Indian retail space is still majorly driven by small business owners and traders. This not only brings a long-term life plan for these traders, but also helps towards the gradual formalizing of this majorly unorganized sector.

The pension scheme announced by the Finance Minister for small retailers and shopkeepers is a game-changer. A big part of our economy depends on small trade and shops. The last few years have been very stressful for smaller retailers as they are disadvantaged against bigger tech-enabled giants and online retailers. I would urge the Government to also look into supporting the digitization of small businesses and launching initiatives to support that. Indeed, it is time India includes small retailers in its growth story.

The government’s focus on building a digital India is again highlighted with its willingness to train people on AI, IoT and Big Data. These are key technologies that will transform the supply chain and logistics industry. The initiative to invest 100 lakh crore in infrastructure will definitely have a positive impact on the nation’s logistics and transportation industry both from a business and connectivity perspective. Also, the directive to eliminate tax scrutiny on funds raised by startups will make business operations a bit easier.

Not many new items for the education sector – Ankur Dhawan, COO, Buddy4Studdy

The budget does not have many new items for the education sector and we will have to wait for implementation of the New Education Policy to see major changes in the sector. Though the focus on “Study in India” is good, it does not solve the urgent problems of lower enrollment in higher education as well as poor learning outcomes. The budget could have emphasized on leveraging more of CSR funds in education to cover insufficient budgetary allocations.

The 1st budget of Modi 2.0 Government presented by Finance Minister Sitharaman has brought plenty of perks to offer to education and skill development. Catering to the education sector, to make India a hub of higher education the government proposes ‘Study in India’ to bring in foreign students to pursue education here. From no single Indian institute in top 200 universities ranking until 5 years ago, India now has 3 institutions in the top 200 global institutions bracket. The government has also proposed allocation of Rs 400 crore for world-class higher education institutions in the country. To enhance the skills of the individual the government has also announced, 10 million youth to be trained under ‘Skill India Mission.

I’m delighted to hear the Government will be working towards improving our youth skill levels in AI, Big Data, IoT along with Robotics. These skills of the future will ensure that our youth are prepared and able to secure jobs both in the country and abroad. It’s a commendable step helping align education with industry requirements.

The global demographic trends clearly indicate that major economies will have a skilled labour shortage. India proposes to leverage on this by focussing on skilling India and reforming the education systems.  This will also include skills sets required for working overseas such as language training in addition to an increased focus on skillset needs abroad – including language training and new age technology skills such as IOT, Big Data, Robotics. Focus on emerging new technologies in the form of artificial intelligence, data science, big data, internet of things, would revitalize technology companies. Connectivity, infrastructure, media, digital technology coupled with ease of living, ease of doing business and digital literacy is the focus of the government. The replacement of multiple labour laws into four codes is expected to streamline the process of registration, standardize the filing of returns, provide uniformity in definitions across labour codes, significantly easing business. These codes are labour code on social security and welfare code on social security and welfare, Code on wages, Code on industrial relations and code on occupational safety, health and working conditions.

Budget 2019 has created an enabling environment for travel start-ups. We are glad that the Finance Minister has spoken about the importance of India’s tourism sector.  With the government developing 17 iconic tourism sites to improve the flow of domestic and foreign tourists and allocating Rs 1.05 lakh crore budget for the same, the Indian Tourism Industry is bound to grow exponentially. Also, a new channel proposed for start-ups to disseminate information in the industry will provide a platform to companies like us to better understand the opportunities and gaps in the industry.

Posted by: Supriya Rai
View more posts
Budget 2019 reactions: Yay or nay? 0 out of 5 based on 0 ratings. 0 user reviews.
What’s the hype vs. reality in cybersecurity during 2019?
IIT Bhubaneswar and its contribution towards Digital India

Jazz up the graphics in real-time

OpenAI fund of $100 million for AI startups with Microsoft

OpenAI startup fund announced it is investing $100 million in AI companies. It states on…

Unlimit, a part of the Reliance ADA Group, has launched Intellifactory, a smart manufacturing solution…