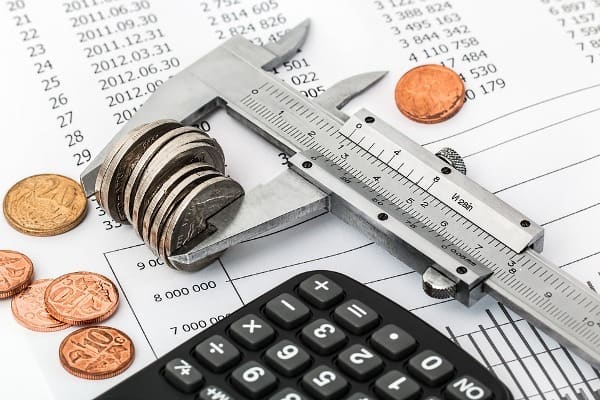 Budget 2019 is all set to be announced on 5 July 2019 by Nirmala Sitharaman, Minister of Finance and Minister of Corporate Affairs, who is also India’s first woman full-time finance minister. There are several expectations from the government as they have received a majority mandate for the second time, which will enable the government to initiate long-term transformational projects.

The Fintech industry especially hopes for various measures from the Budget 2019 ranging from e-KYC to tax benefits to increase the ease of doing business. While what the government has planned for the country can only be revealed on 5 July 2019, let us look at some of the expectations leading Fintech players have from the government.

Among various agendas, Prime Minister Narendra Modi has taken steps to promote young entrepreneurs in the country. The startup ecosystem is eyeing the Union Budget 2019, as the government is slowly recognizing the potential of startups and framing policies that create a favorable environment for them. While the Startup India Scheme has definitely provided multiple benefits to startups in the form of easy license clearance, tax cuts, and minimum regulatory interference, there is still scope for many more reformative policies which will further ease out the journeys of start-ups.

We hope that this budget would have initiatives aimed at driving digital adoption and expect the new government to push forward new reforms as part of ‘Digital India 2.0’. The government has taken tremendous efforts to promote ‘Digital India’ but there is scope for growth especially in interiors of the country. After the Aadhaar verdict, we hope that the government brings more clarity in the e-KYC process. A policy framework and budget allocation, if placed, for the adoption of the Electronic National Automated Clearing House (e-NACH) and DigiLocker technologies can act as a catalyst in further helping the industry and consumers at large. This will also enable small value lending without excessive documentation and ease the lending process altogether especially to the previously unbanked population of the country.

Both the ministry of finance and the RBI have been very supportive in creating an enabling environment for the fintech sector in the last few years. In the first full budget of the new government, we expect a slew of measures from the government to ease the operating environment for fintech startups, particularly in the wake of the NBFC liquidity crisis and the setback to digital on-boarding through eKYC. We expect the government to push forward new reforms under the umbrella of “Digital India 2.0”, as well as strengthen the measures to achieve financial inclusion. We are hoping for tax relaxations for fintech companies and payments players which can pave the way for the fintech industry to increase investments in product innovation and customer service.

Credit inclusion for MSMEs is a critical imperative to enable growth and job creation in India. We expect the upcoming budget to define concrete steps to mobilize access to financial services and empower the fintech companies that facilitate them. For instance, facilitating access to wholesale capital, and extending credit guarantee schemes such as MUDRA can help in bolstering the impact and reach of these initiatives. Similarly, opening up API based access to data within government and banking domains can help expand the reach of digital credit.

Dedicated ‘Special Digital Zones’ like SEZs, operational subsidies, reducing import duties on essential hardware and components, guidelines to safeguard Intellectual Property and development of institutions to aid in upskilling are areas that will continue to receive focused attention. Incentives can be expected to promote greater adoption of digital solutions in the SME and MSME sector. As India emerges as a service-sector driven economy for the long run, digital infrastructural investment, both for enterprises and for the nation, will become essential. The Union Budget 2019 will feature decisions that go a long way in optimizing the transparency and judicious utilization of resources. There is a great opportunity for us to use Aadhar as an authentication platform to drive financial inclusion across semi-urban and rural India.

E-KYC using Aadhar should be allowed for certain types of organisations. This includes utilities (gas, electricity, internet, phone, etc) and financial services (banks, NBFCs, insurance, etc). The policy must clearly state requirements in terms of process, technology infrastructure and data security. Companies satisfying the criteria must be given full access to e KYC services without the need to make large security deposits or the need to go through intermediaries. Access to Aadhar based E KYC is important but so is the need to keep the cost of that low for organisations and ease of use.

The digital lending industry has been playing a very critical role in accelerating financial inclusion by enrolling the under-banked cohorts across the country primarily millennials. Thus helping them transition from a cash economy to a digital economy.  With the digital lending opportunity in India estimated to become around USD 1 Trillion over the next 5 years and a sharp increase in mobile penetration leading to an increased digital footprint of the customers we expect the new government to further bolster the Startup India and Digital India program. Supportive regulatory changes, enhancing the ease of business, centralized eKYC for smooth on-boarding, while driving digitisation will work wonders for Modi 2.0 in realizing its unfinished agenda. Additionally, with the ongoing liquidity squeeze on account of the NBFC crisis, the cost of funds have gone up for everyone. The government should therefore facilitate access to credit inclusion by enhancing the financing limits whilst providing a refinance window for NBFCs.

Moreover driving the impetus for innovation in the fintech space is essential to push the digital agenda. For instance, technology is helping make data-driven objective credit decisions, even in the absence of traditional creditworthiness data. Technology-led lending will keep a better check on its borrower’s behavior and reduce NPAs and provisions in the longer run. The government should, therefore, consider formulating clear policies around data and create an enabling ecosystem for sharing relevant government data and public records. Allocating funding for AI startups will provide further backing to the industry’s technology-led growth.

Posted by: Supriya Rai
View more posts
Budget 2019: What the Fintech industry expects from the government 0 out of 5 based on 0 ratings. 0 user reviews.
Simplilearn, IBM partner to offer Master’s programs in artificial intelligence and data science
Paytm not to charge any transaction fee