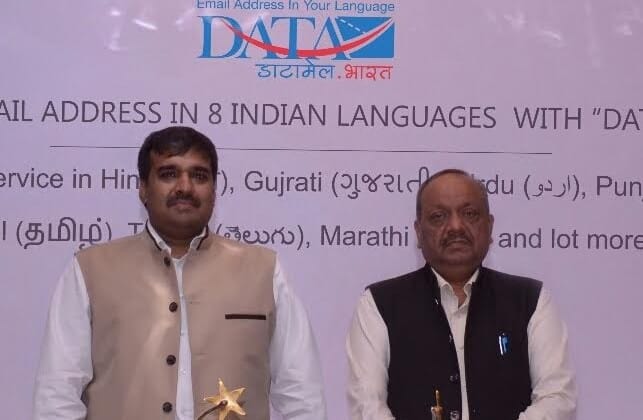 Following the digital India dream of Government of India, BSNL has offered free E-Mail Address service in 8 Indian Languages to its broadband users by launching a ‘DataMail’ service. Now BSNL broadband users will be able to open an email ID in DataMail service in their own language.

“Providing the linguistic email address is one of its kind initiative in the world to achieve our Prime Ministers Vision of Digital India. It’s now possible in every part of India to have an email address in their own language and communicate in preferred language”, said Anupam Shrivastav, Managing Director, BSNL.

Few months back, Government of India had launched .भारत (Dot Bharat) domain in Indian languages to increase the reach of internet users by providing domain names in their own language so as to cover over 70% of the country’s population living in the rural and remote areas. BSNL is also known for its network in the rural and remote India especially in 2G and 3G data. Launching free linguistic Email address service for its millions of customers is another strong step on fulfilling the dream of digital India taken by the Govt. of India Enterprise, BSNL.

Mr. Ajay Data, Founder and CEO of Data XGen, said, “Our fully “made in India” software product enabling DataMail service is a revolution in the world as many countries are waiting to inject the linguistic email address to empower the non-English speakers of the world. We are happy to contribute to the Prime Minister Shri Narendra Modi’s Digital India dream by partnering with BSNL, country’s strongest network telecom company having rural and remote connect.”

As per Indian Telecom Services Performance Indicators Report (April-June, 2016) released by TRAI, total internet subscribers in India is about 350.48 million which is just about 30 percent of the country’s population. So, about 70 percent of population is not having access to the internet and most of these belong to rural India.

Steps to use this Service –

1. BSNL broadband customers can use DataMail app which is free to be downloaded from any Android or iOS system through their respective play store.
2. User will have to select the language in which they want his/her email address.
3. Insert the mobile number
4. Select the checkbox ‘I am a BSNL broadband Customer’
5. Insert BSNL broadband number with STD code
6. You will receive an OTP on your registered mobile number
7. Type the desired Email address in your own language
8. Start using and share with your friends!