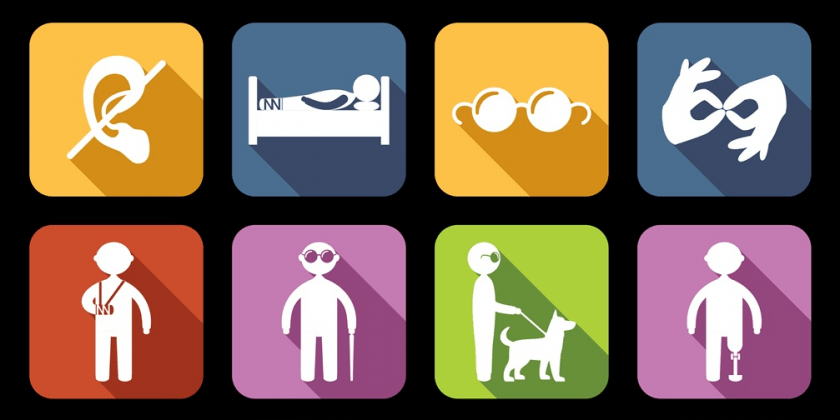 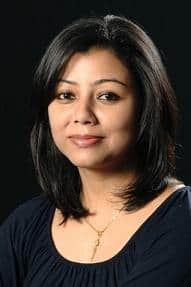 The excitement in his voice is barely hidden when Amar Jain, a young lawyer from Mumbai, talks about a new product that has just been shipped to him. Called Lechal (meaning ‘take me along’ in Hindi), it is a haptic insole that can be inserted in his shoes and connected to his smart phone via Bluetooth. Lechal is a directional guidance solution that works through vibrations. For people like Amar, who are blind or have visual impairments, this seems like the new level of assistive technology, beyond the white cane. But this is not the only such solution that enables people like Amar to be independent.

“Let’s face it if you have a certain impairment, it creates certain limitations,” says Amar, “but what is important is to understand how technology has helped us work around these limitations.” Amar talks animatedly about the technological solutions that he uses in his everyday life. ‘Digit Eyes’ an iOS based app helps him identify his clothes through bar codes that can be scanned with his phone. “But I only use it when I don’t have my mother to pamper me and lay my clothes out,” Amar adds with a laugh. Then there is ‘LookTel Money Reader’ that helps him differentiate currency notes; and KNFB Reader with which he takes a picture of any printed material with his phone and it reads it out for him. But Amar concedes he is among the fortunate section of the population in the country who find these solutions available and affordable. A large majority of others who need such solutions do not have access to them, or worse may not even have heard of them.

The world of assistive technology is vast. Starting from something as simple as magnifiers or a hearing aid to something as complex as the software that helps Stephen Hawking communicate using his cheek muscle. (Side note: Assistive Context Aware Toolkit from Intel that Hawking uses can be downloaded for free). In the United States alone, the assistive technology market is projected to reach $58.3 billion in 2020 from $43.1 billion in 2015 – growing at a compound annual rate of 6.2 percent. With an ageing population adding to the estimated one billion people with disabilities globally, this market is only likely to grow even further. When it comes to India the market, though still very nascent, has immense potential for growth. Shilpi Kapoor, Founder of BarrierBreak, a Mumbai based assistive solution provider, values the Indian market at Rs. 4500 crore. “India is home to an estimated 70 -100 million people with disabilities. Even if only 40 percent of them need assistive technology, that is a market of at least 30 million consumers,” Kapoor says. “If we assume that one person with disability spends only Rs. 10,000 on such solutions, which is a low ball figure, it still is a huge consumer base to tap into,” she adds.

With such a huge potential market, it is surprising that some developers are struggling to survive. Arathi Abraham, a Chennai based designer, is one such story. In the early 2000s, Abraham developed Slate, a software solution that helps parents and educators teach vocabulary to children with speech impairments. Its USP was that it used words that suited the Indian sensibilities. The other solutions available in this space use words that may not necessarily be commonplace for Indians. Unable to find a market, Slate soon became obsolete. “I had hoped that NGOs working in the disability sector would help me reach out to the market, but I found it to be extremely disjointed. While a few people were willing to pay whatever price you asked, most wanted it at rock bottom prices,” Abraham lamented. She is now looking anew at possible funding to revive Slate.

The fact that India is home to a substantial number of people with disabilities is irrefutable. Then why is it that developers find it hard to sustain? Kapoor feels it is not the market that is an issue, rather it is the way assistive technology is looked at. “People tend to bracket assistive technology as something that is only for disabled people. But it is a market like any other. NGOs will not deliver the market for you,” Kapoor says. The reason BarrierBreak has been successful, according to Kapoor, is because it has gone beyond just disability and reached out to related markets such as healthcare providers, educators, among others. “We were the only one from this sector at the Annual Conference of All India Ophthalmological Society,” Kapoor mentions. “Why is it that other such solution providers are not there?” she questions. And BarrierBreak should know. It has been one of the pioneers in the area of assistive technology in the country, bringing flagship initiatives like Techshare to India. “Our aim is to show the market and the disability sector what already exists in the world. In fact Techshare 2016 was about digital inclusion,” adds Kapoor.

But experts such as Javed Abidi, Honorary Director of National Centre for Promotion of Employment for Disabled People (NCPEDP), feel that the issues facing the assistive technology market in India go much beyond that. “There are two critical elements that we need to understand – availability and affordability,” Abidi says, “And both have to be addressed simultaneously.” Kapoor agrees. She feels that the market needs to improve its range to boost availability of such solutions across the country. Once they become easily available to the public, simple supply-demand economics would suggest that the cost would naturally come down. But is it as simple as that? Kapoor draws the analogy with the mobile phone market. It started off as a niche market and today mobile phones are being used by a billion Indians. While it would seem that mobile phones have a greater universal appeal than assistive technology, this is far from the truth. “Predictive text was developed as a solution for people with communication difficulties. Today, it is a feature enjoyed across all segments of the population. Just imagine, if your television set had a voice based guidance mechanism would it not benefit people who cannot read along with people who have visual impairments?” Kapoor adds. The universal appeal of assistive technology solution is something that sadly, neither the policy makers nor the technology industry have understood. And it is in this context that the disability sector fears that it will be left behind as India embarks on a new development agenda led by initiatives like Digital India, Start Up India, and Make in India.

Digital India, an initiative close to Prime Minister Narendra Modi, aims to bring access to digital services, knowledge and information to all citizens. This campaign cannot be realized without including the millions of people with disabilities. The same holds true for Start Up India and Make in India. A look at NCPEDP-Mphasis Universal Design Award winners, India’s premier award honouring exemplary work on accessibility including assistive technology, reflects that there is some exemplary work happening in the country in this area. Sadly though, most of it is limited to prototype and never really gets scaled up. Start Up India and Make in India could help change this. The story of Slate reflects the potential that such innovations have to empower millions of people with disabilities. Greater impetus on assistive technology is also crucial if other initiatives such as Accessible India Campaign, Smart Cities, and Skill India are to be successful. The National Action Plan for Skilling Persons with Disabilities aims to train 2.5 million people with disabilities by 2022. But this target is virtually unachievable if assistive technology is not one of the components that this plan looks at.

The World Bank estimates that exclusion of people with disabilities from the work place leads to an annual loss of 3-7 percent of the GDP. India, therefore, needs to look at how technology can empower 10-15 percent of its citizens to be active contributors in the nation’s development.