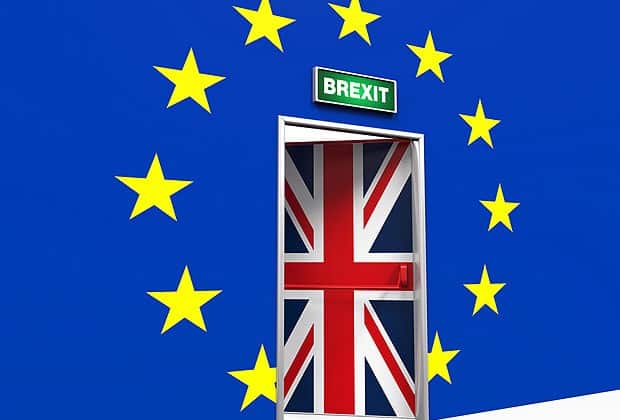 There is a flipside to the impending exit of Britain from the European Union for technology and IT vendors as data centers will have to be shifted or built across UK and Europe, with countries and corporate scrambling to secure data. Security, not just in terms of data but also in cyber space and at borders will create business opportunities, writes Inder Singh of Unisys.

What may seem as adversity will soon turn into an advantage. There are several business opportunities in what may seem like a widespread crisis stemming out of Britain’s exit (Brexit) from European Union (EU). Already, the big four accounting firms have set up Brexit teams to help their clients understand and endure the possible fallouts of Brexit. There are Brexit reporters in London now.

Britain’s impending exit will spur the need for strengthening IT infrastructure at the national level. Business opportunities are plentiful for IT and technology companies that specialize in areas such as cloud and infrastructure services, analytics, security and immigration solutions, identity and access management or credentialing, border control including safeguarding of airports, cargo and cyber security.

Recently, a leading payments company has indicated that it may shift its data center and jobs from London to Europe fearing that data pertaining to customers should be housed within Europe. More such announcements and moves should be expected in the coming few months and even years (the eventual pullout from EU will easily take a couple of years) across either sides of the English Channel. Cloud companies in the US have started gearing up for the increased uptake as some European countries look to secure data pertaining to their citizens. Banking, financial services and insurance companies may have to build data centers in both Britain and Europe as they lose access to ‘passport rule’. The downside of such ‘shifting’ of data centers is that the intended Capex benefits would not be realized by enterprises within Britain but there is an opportunity for public cloud giants like Amazon AWS and Microsoft Azure as they are expected to dominate the British cloud market in such a scenario.

Now that the referendum is done and dusted, there will be a dormant period between now and the completion of the exit from EU. During this time, businesses in Britain would look to deploy analytical solutions and Big Data technologies to uncover insights that will aid in business plans for the future in a post-Brexit era.

Thrust on security – across physical and cyber

There is a huge opportunity for immigration processing and border control solution providers. Various European countries have been scouting for such solutions in the last six months (prior to the referendum). Britain too is expected to augment its data security post the exit from EU. Multiple border controls aided by analytics to predict nefarious immigrants, biometric, and facial recognition for identification and solutions to quickly process genuine immigrants would be high priority. Britain and European countries are also expected to enhance security of cargo at airports and sea ports including tracking of packages using RFID technologies and applications to process compliance and legal provisions.

Brexit is also expected to renew focus on cyber security from a strategic point of view and to combat the growing threat of terror. While Britain may continue to share data with European countries to fight crime and terror, it is likely to insist on highly secure environments to do so. Leading economies within Europe would also stress on increasing cyber security. However, traditional security solutions may not make the cut as Governments and enterprises dealing with sensitive data look to next generation security concepts like micro-segmentation.

It is needless to say that this opportunity is open to not only big IT and leading technology firms but also to renowned Indian outsourcers. In fact, leading Indian IT service companies have built up considerable brand image and equity in the British and European markets so they should look to build on it. Brexit will also lead to talent challenges for businesses in Britain who may no longer be able to source technology talent from European countries. IT and technology vendors that have the relevant capabilities and can seize the opportunity are very likely to be successful, turning this adversity into an advantage.