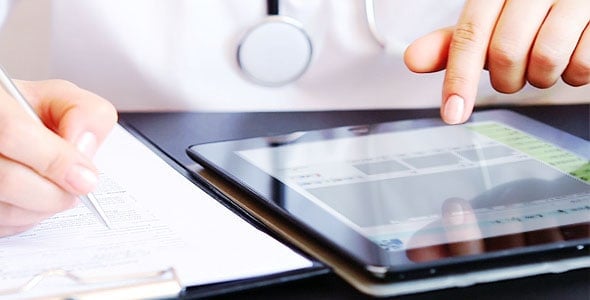 As a practicing senior consultant in Delhi, Dr. Mukesh Bhatia, MBBS, DNB (Medicine) had to physically travel to many cities and deliver lectures. This was getting unviable due to time constraint but he wanted to pursue teaching to students far and wide.

The GAP:
Affordability – Not all MBBS doctors could travel to the metro cities to attend his lectures. They had to leave their practice at their home towns to study in metros. Financial issue had to be addressed. The remote cities were losing out on doctors as the latter stopped practice temporarily to pursue PG Courses.
Also, More than 1 LAKH DOCTORS (Y-O-Y growing ~ 8%) appear for Post Graduate exams. Premium seat available are ~ 6,000 to 7,000. There is big gap in demand in supply to be addressed which will keep this product sustainable.
Lack of reach in remote locations. Scalability and time issues existed as well.

SOLUTION OFFERED:
To address the time constraint and affordability issue, Dr. Bhatia was offered a solution of two way Satellite communications to set up his central studio at Delhi and remote classes at 100 locations in the country. The best faculty was available to all and this helped him grow his classes to 100 in a year’s time frame and reach out to many tier-2 and -3 cities. MBBS doctors could attend to his satellite delivered lectures while practicing in the comfort of their home towns.

The solution thus offered created equal opportunity for doctors, practicing anywhere in India, to pursue their dream to compete for higher post graduate studies and helping them with their preparation by offering training under the guidance of premium faculty (specialist doctors).
To help maintain the equilibrium of medical doctors in non-urban areas by leveraging on broadband satellite technology encouraged these doctors to continue practicing in their geographical regions and at the same time pursue their post-graduation ambitions.

The idea was to empower every medical coaching institute to pursue their objective of spreading far and wide across the country with the help of satellite broadband.

INITIATIVES UNDERTAKEN:
Specialized satellite-based training studios & classrooms set up by coaching center to enable the premium faculty to reach out and train doctors in remotest of regions.
“Broadband Satellite based Medical Training” effectively leverages on the Satellite multicast technology which allows audio/video/data content to be uniformly & simultaneously transmitted to unlimited number of classrooms & have 2 way communications.

THE IMPACT:
Since its launch, Hughes has already enabled this unique satellite broadband product for three medical coaching institutes aggregating to over 130 + remote training centers, especially in tier 2&3 cities like Khammam, Karnool (AP), Silchar, Dibrugarh (Assam), Darbhanga, Katihar (Bihar), Kangda (HP), Hubli, Gulbarga (Karnataka), Rewa, Sagar (MP), Ambajogai, Latur, Loni, (Maharashtra).
Currently over 5200 MBBS doctors are pursuing these programs at these centers. Without this product, a large percentage of these doctors would have left the rural areas in pursuit of PG courses. Leaving a huge gap in the doctor:patient ratio in such areas.

SUSTAINING THE IMPACT:
India is Ranked 112th on the WHO Health Index. Doctor to Patient ratio in rural India is 1:30,000 compared to WHO’s recommended 1:1000.
Broadband Satellite based Medical Training Product helps to retain doctors in semi-urban and rural India – helps sustain livelihood & health.
Model to be expanded to medical tele-medicine to connect primary health canters, second opinion services, disease surveillance. This has been piloted by Maharashtra Government in Nagpur earlier this year.

ALE, operating under the Alcatel-Lucent Enterprise brand, announced the expansion of its senior leadership team…