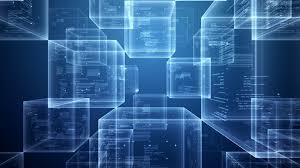 By: Mohua Sengupta, EVP & Global Head of Services, 3i Infotech

Ever since the Punjab National Bank Fraud case has come to light, many believers of Blockchain have been saying that Blockchain could have stopped it.  Present company included.  I for one, very truly believe that Blockchain will become pervasive and not too far away.  But could it have avoided this huge fraud that has shaken the Indian Banking system? Well it’s hard to respond in the affirmative knowing that no technology is smarter than the human brain at its best. If the intent is wrong, loopholes are found or made. Just as in this case.

What was the main reason behind this fraud? While there were multiple, like mal-intent of account holders, corrupt employees, audit failure, manual contracts etc., the key reason was unintegrated applications, i.e, the SWIFT gateway was not integrated with PNB’s Core Banking System. So transferring data from one to the other was a manual process! When money was lent by foreign branches of other Indian banks, based on the false LOU issued by PNB, no record was being made in the banks CBS.  Thus year after year, the fraud remained under cover.

Could Blockchain have solved it?  Well the answer is yes and no. Blockchain definitely has much higher security capability built-in. The basic concept underlying Blockchain, is Distributed Ledger Technology or DLT. So the master data is maintained in every node of the distributed ledger and hence there is no dependence on a single source of truth. While today the banks CBS is the single source of truth for the bank, in a Distributed Ledger framework, each node would contain the same truth. So tampering one node would not be possible and would immediately bring to light any kind of malpractice. So technically speaking Blockchain technology does have security mechanisms to deal with these frauds. However the success of this would depend on how distributed the ledgers are and how big the chains are.  Anytime there is a gap or a break between the chains, or two or more chains are not integrated, demanding a human intervention, mistakes or fraud are likely to happen. So whether or not Blockchain technology could have stopped the PNB fraud, would depend on how integrated the Blockchain was. So even in a Blockchain scenario if the Bank and the SWIFT payment gateway were not connected by a single chain or two integrated chains and had it required a manual intervention, the problem couldn’t have been avoided inspite of Blockchain technology. So Blockchain technology alone, is not an answer to avoiding such problem, intentional or not.  The most critical requirement is for all stakeholders to be part of the Blockchain, with no breakage in the chain.

There are a few other necessary conditions to the success of Blockchain as well:

Posted by: DQINDIA Online
View more posts
Tags:BLOCKCHAIN, Frauds, Indian banks, PNB
Could Blockchain Stop PNB like Frauds? 0 out of 5 based on 0 ratings. 0 user reviews.
BEING DIGITAL EMPOWERS YOU WITH DYNAMIC REACH TO CUSTOMERS, GREAT CUSTOMER EXPERIENCE
Digitization will touch and significantly impact all area of enterprises

The Inevitable Blockchain Tomorrow of Cybersecurity, Governance and Law

Blockchain is a term, which has been pitched around for some time. The technology can…