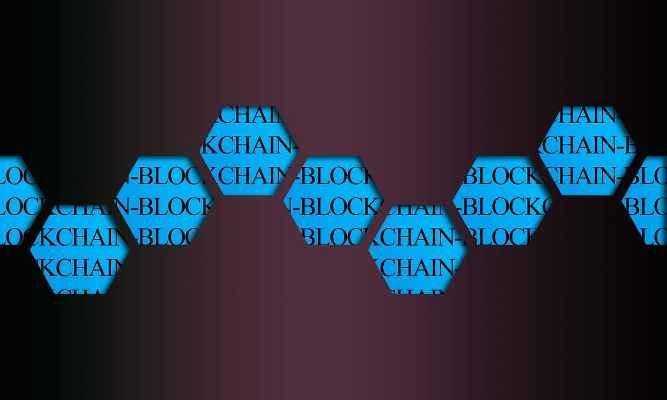 One way to describe Blockchain is; an anonymous online ledger, which utilizes the online data structure and thereby streamlines the way we transact. Basically, it is a growing list of records, called blocks, linked using cryptography where each block contains a cryptographic hash of the previous block, a timestamp, and transaction data. Invented in 2008, as a Peer-to-Peer Electronic Cash System in the form of the cryptocurrency Bitcoin, the technology was the conception of a creator known by the pseudonym Satoshi Nakamoto.

Blockchain, a concept simple yet so complex and diverse in its use-cases, has the potential to engender a radical transformation; massive and revolutionary, similar to that of the Internet. From FinTech industry to everything of value, blockchain can serve as an indestructible digital ledger that can be programmed to record data, which can be sent across a network securely.

Speaking about the industrial application, with its comparatively low cost of maintenance, higher transparency, blockchain is a well-rounded technology that can be deputed in a whole host of different sectors and businesses. The prime question is – could this disruptive technology have any implementation for the management of intellectual property rights?

Blockchain and IPR: A two-track relationship

“Patents stand for you when everything else is lost”― Kalyan C. Kankanala

IPR and Blockchain have a two-way relationship, where IPR protects Blockchain on one hand and Blockchain can serve to strengthen the existing IP regime on the other. With the world realizing the enormous potential of Blockchain and tapping on the unexplored areas of the technology, IPR is going to play a vital role in creating a protected environment for the development of the technology in future. Travelling on the other side of the road, the immutability, reliability and security offered by Blockchain can be used to strengthen every step of the life cycle of IP rights such as resolving disputes over ownership, creating licensing agreements via blockchain smart contracts, identification of counterfeit products or simply creating an IP register for registering keeping a record for all form of IP rights.

Digging deeper – we unearthed that this may not really be a thing of future too distant in time. There are some early birds who seem to have already started offering services to this end. For example – an Estonian company, Agrello, is in works of creating an application for legally binding smart contracts. Bernstein is offering blockchain-based solutions for IP management. Another company, Binded registers work of art, creates a timestamp and serves as a proof of copyright.

A lot of countries around the world have started realising the potential of blockchain and India is also witnessing a similar pattern of higher incidence. The IPO is also keen on staying at par with the technological advancements and wants to amalgamate all the benefits the decentralized ledger has to offer to improve the processing of patent applications and smoothen the overall life cycle management of IP rights provided to individuals or businesses.

The IPO expects to be able to foretell timelines for users concerning different actions to be taken by the office. A scientifically-handled workload-based allotment of patent applications to examiners, will make optimal use of human resources available. Automated checking against formal requirements such as application formats, attachments, and so on, can reduce the manual intervention required, and speed up the process considerably. Reduced manual interference will also effect transparency and accountability procedures in an optimistic way.

To achieve all of the above, the IPO is setting up a legal framework for a Blockchain-based IP registry to protect smart ideas and for commercialising them. The IPO hopes that the blockchain-based IP marketplace will simplify the patent granting procedure for the innovators. On the commercialising front, once a patent is ratified by the concerned authorities, it can be made available to investors through an in-built bidding system providing a central and authentic market place for innovators to catch the eyes of the tech-titans.

The recent tender titled announced by IPO, “Expression of Interest for Making use of Artificial Intelligence, Blockchain, IoT and other latest technologies in Patent Processing system of IPO”, provides a glimpse of stage-wise perception of the Block-chained-AI-IP system which makes use of machine learning and blockchain to simplify and fasten all the stages of patent application processing. The next step will be the extension of this to all other parts of IP system.

Blockchain and IP: The Un-leashing hindrances

Although, the idea of a concentrated incorruptible management has the capacity to revolutionize the current IP ecosystem, yet as of now, there are several impediments of a solely Blockchain served IP ecosystem.

The admission of Blockchain as an admissible evidence in court, the slow-paced operation of Blockchain-based processes, the high energy consumption demands, the colossal task of inter-connecting IP registries across the world, with mutual agreement and after all of this, the still persisting need of IP experts for legal matters and examinations are among the prime hindrances that need to be rattled before ting the entire IP system with the Block-chained Knot.

Blockchain can be seen as a definitive boon to the IP industry offering benefit both in terms of patent filings and being an essential element in abbreviating the management system. Ultimately, it is expected to be more potent for the IP industry than it has been even to the Fintech industries. The challenge lies in creating the right adoption path for the technology.

The IPO has started paving the path for connecting the blocks to unify the blockchain technology and the IP ecosystem. Without doubt, the path would involve overcoming the hindrances mentioned above, before we can see the revolution it promises to bring to the table but as they say, the initial step is always the paramount one.

Further, all of this is just the tip of the iceberg. Once the IPO gets a grip, it can move towards more sophisticated uses of Blockchain in IP like ledger management and other creative ideas put forward by WIPO like, a supervisory authority for tracking the use of IP assets in the market, and using that information to require regulatory obedience, including license maintenance and working of patents, to name a few.

Edge computing is not a hype. It is a real-world data processing solution that helps…

As a leader, you have team members to be hands on and do many things.…