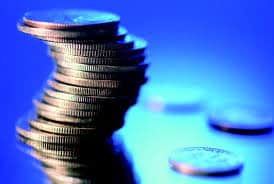 Of the banks who were a part of a 2015 survey conducted by a well-known financial publication, 51 percent said the blockchain would improve the efficiency of banking but not transform it fundamentally; however, 40 percent said it would do exactly the latter.

The World Economic Forum said in a December 2015 report that it expected 10 percent of the world’s GDP to pass through the blockchain by 2025, up from 0.02 percent today. That is not only an enormous prediction, but it also qualifies that the blockchain will impact lot more than just financial services. Indeed, the technology will disrupt and disintermediate all those activities that are currently controlled by a central authority. Some day, all critical documentation, from birth and marriage certificates to college transcripts and land records, will be stored and authenticated on the blockchain, bypassing both governing bodies and intermediaries.

This is nothing short of transformational. And the impact will likely be felt first and most by banks and financial institutions

As one of the most regulated businesses on the planet, banking is burdened with paperwork – KYC compliance, financial reporting, statutory filing and so on. If the financial details of individuals were put on the blockchain, banks would no longer need to verify the identity, authenticity or financial health of their customers, because a majority of the blockchain network would already have validated this information. That validation would be virtually foolproof (unlike that issued by a singular authority) because “blockchained” content can neither be removed nor tampered with. It will not be long before the central authority becomes redundant.

The blockchain could also change the privacy and confidentiality paradigm. Rather than sharing personal and financial information directly with various institutions, such as banks, insurance companies, hospitals etc., where it is vulnerable to misuse, individuals can upload it all on the blockchain, so that only bona fide personnel access it.

Banks should be prepared for a blockchain infiltration of all businesses involving a movement of value, such as trade finance, for instance. Today, goods trading involve three-fold movement of value – physical goods move by air, land or sea; documents move between the trading parties and their intermediaries; and money moves between their banks.

The blockchain gives the trading parties a mechanism to enter into a binding contract, whose genuineness is validated by the network. Next, it allows them to digitize all the documents and transmit them securely and speedily. Last but not least, it enables the buyer to remit payment directly to the seller.

In doing so, the blockchain eliminates correspondent banks, intermediaries such as SWIFT, and courier companies at one go, while allowing the trading partners to conduct business faster and cheaper than before, and with greater confidence to boot. It also eliminates many of the risks of international trade, including counterparty, systemic and agency risk, because the network ensures that all the participants in the transaction are genuine, and the transactions themselves are conducted transparently, visible to all on a public ledger.

While the above example pertains to trade finance, the blockchain can similarly transform a number of other transactional activities as well, disintermediating the intermediaries in its wake. In the not too distant future, it is likely that individuals will directly contract over the blockchain to insure each other’s risks, buy and sell shares, borrow and lend, and do much more, without a third party watching over. The financial services industry needs to wake up to this inevitability, and soon.

Tired of Spam Calls? Tech Mahindra and Microsoft to Fight for You

EVRY ASA is an IT services provider in the Nordics region. It provides digital solutions…