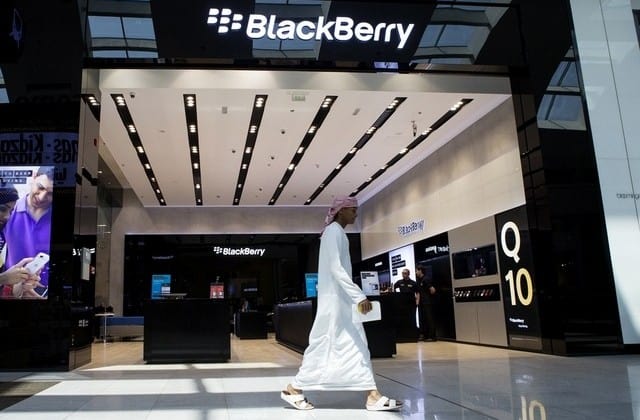 The beleaguered Canadian Smartphone maker BlackBerry is laying off scores of employees globally as per news reports. Reflecting on the layoffs, BlackBerry said that: “As the company moves into its next stage of the turnaround, our intention is to reallocate resources in ways that will best enable us to capitalize on growth opportunities while driving toward sustainable profitability across all facets of our business,” the company said this in a statement to AFP on Saturday.

Once a king in the Smartphone arena, BlackBerry today lives in past glory. The last 2 years it has seen its market share going south as arch rivals Apple and Samsung eating into its slice of the pie. One of the biggest challenges for BlackBerry is positioning and its slide happened due to lack of innovation and its too much polarization on the enterprise business. This niche had deprived BlackBerry not being able to capture the consumer side of the market. Moreover, with advanced processing power and the emergence of ‘Application Economy’ has blurred the lines of between a true enterprise vs consumer device and it is one device that caters to all segments and it’s the app that drives the mobile.

With the current layoffs, it only signals the company’s struggles and its inability to grow its market share globally. However BlackBerry’s silver lining lies in emerging markets like India, in which it still has sizeable users. Moreover, its new devices offer some hope for a rebound. As we go by a latest IDC forecast, it said: “BlackBerry continued to decrease across regions. However, the BlackBerry Classic launched in 4Q14 shipped triple amount this quarter, which could be an opportunity for the brand.”

Nevertheless, one only hopes in time BlackBerry does not go the iconic Palm way. A case of once brilliant mobile software way ahead of times but inability to consistently evolve and innovate to changing consumer demands and marry it with a seamless hardware device.

So clearly as some analysts say that the best option for BlackBerry to fully morph into a software company offering enterprises services, and that play will leverage its years of IP creation to a larger user base.