Artificial intelligence (AI) has become a quotidian factor in the lives of millions of people. Unlike the bygone days, artificial intelligence is now pervasive in our day-to-day lives with the technology being used for innumerable applications every single day. Ranging from ecommerce apps on mobile phones to OTT platforms on televisions, companies rely on AI-based software to ensure customer satisfaction. While AI can undoubtedly do a world of good, a recent episode of an Uber driver losing his job has lead to citizens questioning the efficacy of this technology. 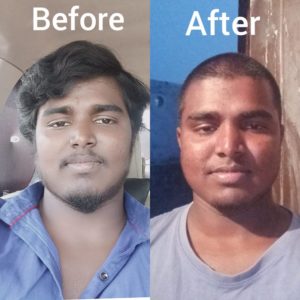 How the Uber Driver Claims to Have Lost His Job

An Uber driver by the name Neeradi Srikanth claims that he has been unemployed for the past 34 days as the AI-based facial recognition software that Uber uses failed to recognise him after he tonsured his hair. He claims to have been locked out by the AI-based app after he made multiple attempts to log in. His plight has captured the attention of thousands of netizens and popular influencers among others.

Shaik Salauddin, national general secretary and chairman, Telangana State Taxi and Drivers JAC and state president, Telangana Four Wheeler Driver’s Association is now fighting for his cause. “Srikanth, who has been driving with Uber India for over 1.5 years now and holds a 4.67 star rating for the 1428 trips he completed, has been blocked by Uber. Srikanth shaved his head during a recent trip to Tirupati, and when he returned he found that he could not log in to his Uber partner app, which is his source of daily income. The algorithm did not identify Srikanth with his shaved head after he uploaded a routine selfie. This happened 33 days ago. And for these past 33 days, Srikanth has been visiting the Uber India office every day and is being met with no response, all without his daily income,” he tweeted.

@Uber_India
1. Why wasn’t the driver informed about the reason why his ID was blocked?
2. Do you need 34 days to even say that this is a case of “community guidelines violation”#JusticeForSrikanth #DriverLivesMatter

After his tweet garnered over 2000 retweets, Uber India responded to him saying the driver lost his access due to repeated violation of community guidelines. However, to this claim made by the company Salauddin questions as to why the driver was not informed about the actual reason for his ID being blocked for as long as 33 days. “Show us evidence of such “violation” and also show us company protocols about how such violations are to be handled. And what checks and balances exist to ascertain that such judgments of “violations” are unbiased?” he says.

Uber India, in a statement to Dataquest, has denied these claims while reiterating the fact that their facial recognition software was more than capable of recognising physical changes such as haircut, beard and so on. “The driver in question did not lose access to the Uber app due to a change in physical appearance. In fact, he had visited an Uber Partner Seva Kendra when he was unable to log in and it was communicated to him that his access to the app had been previously removed due to violations of our community guidelines, which set the highest possible safety standards on our platform,” said the company.

Further, the company added that Uber’s facial comparison tool helps ensure that only the registered driver is using the account and is capable of detecting natural changes in a person’s appearance such as long or cropped hair. In case drivers face a problem logging in due to any technical issue with the selfie verification process, they have the option to visit the nearest Uber Partner Seva Kendra for a manual review of their profile.

Also, a source on the condition of anonymity said that the driver has flouted certain Community Guidelines due to which his access has been revoked. For instance, Uber uses GPS tracking to ensure the safety of riders and drivers, while allowing riders to share their journeys in real-time with families or friends. Actions that threaten the safety of drivers and riders will be investigated and, if confirmed, lead to permanent deactivation of accounts, state the guidelines.

When Dataquest requested the source to make the violated guidelines public, he said: “The Company is bound by legal obligations  due to which it would not be possible for them to make these reasons known. The name of the driver has been revealed by certain Unions on social media; the company would not have divulged that information as well.”

Need for Regulation of Artificial Intelligence

Irrespective of the outcome of this incident, scores of individuals as well as organisations are of the view that there needs to be proper guidelines and regulations when artificial intelligence is concerned. The Internet Freedom Foundation, while voicing its support for the Uber driver, said: “Gig workers provide a wide range of services and make lives easier for lakhs of Indians. They are increasingly at the mercy of AI-based tools that may result in harms. We need institutional safeguards and remedies.”

The foundation had also recently highlighted the issue of how poorly made facial recognition technology in India can lead to issues with authentication of identity.

Posted by: Supriya Rai
View more posts
The Bizarre Case of an Uber Driver’s Job Loss, and ‘Faulty’ Artificial Intelligence Software 5 out of 5 based on 3 ratings. 3 user reviews.
Delhi Schools Not Reopening Anytime Soon, Students of Classes 9 to 12 can Attend But on This Condition
CBSE Board Exams 2021: Students Request Indian Government to Cancel Board Exams Due to Rising COVID-19 Cases