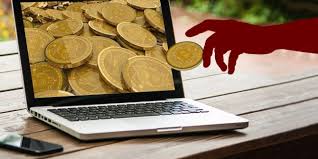 As they say, there are fools, and then there are some special fools and on top of them all, there are reckless fools who often display their ‘devil may care attitude’ even in the face of rejecting all common sense.

All these three types have been pretty evident amongst Indians who opted for purchasing bitcoins and all other forms of cryptocurrencies. Anyone with a little bit of sense or with some education would have realized that bitcoins would not be passing legal muster in India and would be banned sooner or later.

Nevertheless, some semi-educated and ill-informed fools went for it; you can only have pity and sympathy for them. Next, there were some who knew the possible consequences but still went for crypto-currencies hoping against hope that there will be a change of heart from the authorities. And lastly, there were the reckless gambling types who picked this as another avenue to try their potlucks, consequences are damned.

With RBI declaring trading in crypto-currencies null and void in India and with now the Supreme Court too endorsing the RBI order today, all three types are left with some ‘cryptic’ mess only in their virtual fantasies. It has cost them quite a significant real moolah though.

However, as Indians, we are expert ‘jugadus’ and proficient in trying to find dubious avenues to circumvent the rules and laws. With the three-month window ordered by the RBI for banks to stop dealing with all crypto-currency trading platforms ending, the latter is now working on OLX-Quikr model platforms or peer to peer transfer.

In the latter transfer, investors may buy or sell such currencies for the rupee directly with each other without a hitch and money transferred from a banking channel or other permissible route. So what was the modus operandi here?

In the days after RBI announced its coming ban, investors put much more rupee deposits with exchanges than those who sold bitcoin and withdrew their money. In those days, crypto-currencies lost India premiums and were quoted at a discount to their international price. However, the discounts have now gone and prices are in equilibrium. This development gives exchanges the confidence on coming up with alternatives, rather than waiting for the court ruling on the issue.

WazirX, a new exchange, started operating a few months before the RBI order; it launched 35 crypto-currencies for trade. Two older crypto exchanges have finalised plans and would be putting these in place for similar platforms. WazirX has already listed the 35 currencies.

All crypto-currency exchanges (around a dozen are big and serious players) have, as a precautionary measure thankfully (at least they are apprehensive of the long arms of the law), issued warnings to investors to withdraw cash ahead of the RBI ban taking effect. Most of them have listed at least a dozen currencies for trading, promoting one over the other without involving banks.

All of them are not proceeding with ‘Plan B’, the peer to peer platform. Zebpay, the largest exchange, is still surprisingly confident on continuation of policy. It continues to believe that the future of fintech is in tokenisation and blockchain. It, in fact, considers its responsibility to convince the government that India should not be caught on the wrong side of history by missing this bus.

As of today, any deposits of traders or sale proceeds from crypto-currencies such as bitcoin cannot be transferred by the exchange back to a bank account and nor by investors to an exchange’s bank account. Banks will close such accounts of exchanges. In recent days, investors, especially smaller ones, had been seen selling and taking the money back. Smart ones (or should I say the super reckless ones) are holding on to their crypto-currencies.