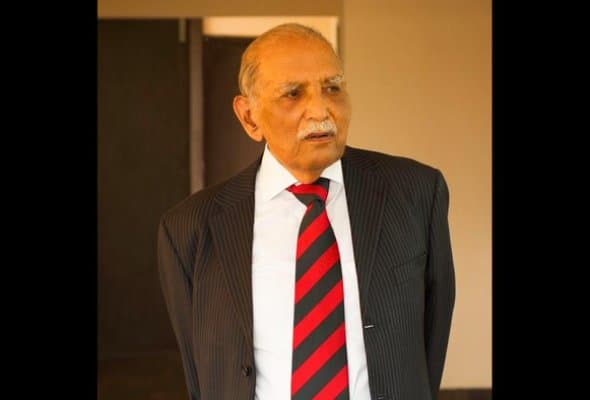 It was a desert morning on the route from Jodhpur to Jaisalmer in the late nineties. The NASSCOM Executive Council had arrived the previous day for an exotic retreat under the leadership of the irrepressible Dewang Mehta and both the industry doyens, Fakir Chand Kohli (FCK) of TCS and NR Narayana Murthy of Infosys along with Srini Raju of Satyam were in attendance. After the first day’s meetings and a rather elaborate dinner at the Fort, the next day presented the opportunity for a morning desert sojourn before the meetings started.

My wife Uma Ganesh, Mr and Mrs Kohli, a fellow industry CEO and I drove an hour out and spotted an enormous sand dune. While both us, in our late thirties were still thinking if we had the ability to start the climb up, a sprightly sixty-plus FCK scampered from the car and was halfway up the dune before he turned around and yelled, “come on young men, follow me.”

In that one phrase lays the story of an industry now nearing two hundred billion dollars in revenue, which was created by a man, who left Tata Consulting Engineers to start TCS. Industry chiefs, employees and academicians, and government officials have all experienced the golden leadership of FCK and have emerged stronger and more resolute with every interaction. Alas, he is no more. The industry and the country mourns the passing of a King among men, an industry-creator, and a role model for many generations.

It would be doing injustice to the man if one were to just speak of him just as a software company CEO. He did that with pride and many legendary CEOs of the next generation – Lakshminarayanan and Chandrasekharan of Cognizant, Rajesh Nambiar of IBM, Kiran Deshpande of Mojo Networks, and Aruna Jayanthi of Cap Gemini to name just a few speak fondly of his tutelage and their terror at the final encounter with him when they decided to leave TCS.

Ram and Chandra, his worthy successors have nothing but praise for him and Harish Mehta, founder, and leader of the Chairmen’s Council of NASSCOM spoke fondly just after FCK’s death of his being the force behind the creation of what is arguably the world’s most successful and representative industry association.

One could write a book to describe the virtues of the man, and indeed, many tomes will be written which will motivate generations of future professionals, but for me what stands out after multiple interactions and mentoring sessions with the man over three decades are his candour, his vision, and his ambitions for India.

No chairman of NASSCOM would have escaped a lecture from the man that we should address the need for natural languages as the medium of computing in India and his lament that India had missed successive buses in the electronic hardware journey.

Today, when computing is truly in multiple languages and the government has announced the Productivity Linked Incentive (PLI) schemes in an attempt to accelerate the pace of growth of the Indian hardware sector to the position of eminence that China has galloped to in the last ten years, FCK would have been justified in saying “I told you so” but his thoughts would have been on education, employability and the future opportunities to deploy technology for better agriculture, rural services and opportunity creations in “Bharat”.

He became a mentor to Uma and me after Jodhpur and was always fascinated by my innovations in the software industry and Uma’s track record across NIIT, APTECH, ZEE Education, and Global Talent Track in Education and Skills. He would always exhort us to do our bit for the millions who needed to be trained for better livelihoods.

Apart from all this, he and his wife had a zest for life that would always be infectious. On a moving boat in Sri Lanka on another NASSCOM retreat two years ago and again at last year’s Varanasi Retreat, they would be the first on the dance floor and his energy and joie de vivre always defied his age. They were an inseparable couple and a role model for all of us with their graciousness at home and his insistence on going to his office even till the beginning of 2020. Every value that we hold dear was enshrined in FCK and he truly lived a life of joy, grace and perseverance that should inspire all of us who had the good fortune to have our lives touched by his.

It was probably appropriate that we heard of his passing during a strategy discussion at the 2020 virtual retreat, giving an opportunity for all of us to observe a minute’s silence and share our memories of FK Kohli – the man, the institution, the legend. Rest in Peace!

By Dr. Ganesh Natarajan, Chairman of 5F World, Lighthouse Communities Foundation and a member of the Chairpersons’ Council of NASSCOM