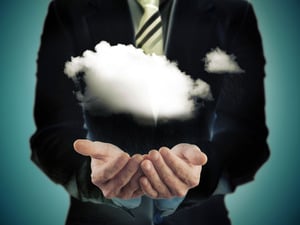 Cloud computing is a model for enabling convenient, on-demand network access to a shared pool of configurable computing resources (e.g., networks, servers, storage, applications and services) that can be rapidly provisioned and released with minimal management effort or service provider interaction. Cloud computing transforms computer processing, data storage, and software applications, allowing them to be delivered as a utility. Just like people tap into existing infrastructure for water or power, companies can now tap into a variety of services – applications, platforms, raw computing power and storage – all via the Internet.

The cloud is a disruptive technology, and many citizens will benefit from faster, cheaper, better and reliable applications on the cloud. Leveraged in the right way, the cloud can help the government deliver new service models which in turn will drive growth and reduce costs. However, for this to happen, it is important for key stakeholders to get educated, educate the government leaders in the second phase, and then identify the cloud strategy for the citizen. If this happens in the right direction, the cloud will mature into a commodity pushing down prices of services.
Cloud for rural India

The real  India lives in its villages and smaller towns and therein lies the future of India. Rural India constitutes 69 percent of India’s population, and 86 percent of the rural population earns less than Rs 100 per day.Here are some highlights from the IMRB/I-Cube report:

Rural India has been ignored for more than 60 years and the cloud will bring the change that is required to bridge the divide between rural India and urban India and will improve the Indian rural economy. The government of India through BSNL (Bharat Sanchar Nigam Ltd) is providing broadband connectivity up to the Taluka level which makes data connectivity a reality for rural India. This will allow rural India to log into the cloud.
Cloud is Gandhi Engineering
The term “Gandhi engineering” was used by NY Times in an article on the Tata’s Nano and it defines Gandhi Engineering as “a mantra that combines irreverence toward established ways with a scarcity mentality that spurns superfluities”
Cloud computing is a marvel of Gandhi engineering and encompasses Low cost ; High operational efficiency ; Elasticity and Scalability.
Advantages of cloud computing for rural India
• Low start-up costs make cloud computing especially attractive for rural India.
• Ease of management. No worry about keeping licenses or for that matter power and air-conditioning to run the data centers or purchasing additional hardware.
• Scalability make rapid rural penetration a reality; one can easily expand the number of users and locations at a modest cost .
• Device and location independence. The way you access a cloud could be your desktop. It could be someone else’s computer. It could be a mobile phone. It could be a solar powered touch pad. Lastly, the BSNL broadband project for rural India will provide data connectivity.
What can be done for rural India using the cloud
The cloud will allow information technology to be infused to the smallest hamlet of India and make access to information available to the poorest of the poor to give them a better life by empowering them with knowledge derived through the net book or mobile phone connected to the cloud.The cloud will make the services such as affordable and accessible at a low cost:
Bharat will benefit by taking the cloud to rural India because:
• The cloud will drive down costs of e-Governance, Education, Medical Care & other Government computerization initiatives
• The cloud will bridge the great divide between Rich Urban India and Poor Rural India and will give the same level playing field to all Indians

• Lastly, the cloud will enable non- English speaking literate Indians to join the information revolution and participate in governance and the future of the country by allowing them to transact on the web in the Indian language of their choice

The Government of India must work on a public private partnership to built of a National Cloud Infrastructure named as “Bharat Badal “ pan India with data centers in five cities, this can be subsequently expanded nationally by connecting to the cloud infrastructure built by the State Governments of India. The cities where the cloud data centers could be located are Delhi, Kolkata, Mumbai, Chennai and Bengalooru.
The Bharat Cloud is the solution for empowering the non urban Indian citizens with the power of Information Technology. Bharat Cloud will ensure a prosperous and digitally connected India and will bring economic and knowledge growth across the nation and will also be instrumental in unifying India.
Footnote: There are three national cloud which are envisaged to be available in 2015, The Microsoft India Cloud by Microsoft, The Meghraj Cloud by Government of India and Meghdoot by IDBRT exclusively for use by Indian Banks.