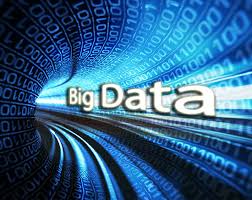 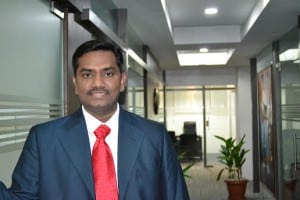 The definition of Big Data has metamorphosed massively in recent years. While earlier, it was just a term used for the humongous amount of data that is generated every second, today, it refers to an entire gamut of innovative technologies that can be employed to leverage this data judiciously. It has crossed its conventional character that revolves around the 5Vs namely, Velocity, Volume, Variety, Veracity and Variability and has now reached a level where businesses are employing Big Data for devising important strategies. Although the usage of this path-breaking concept is burgeoning, Big Data is still at its rudimentary stage and possesses enormous potential and possibilities.

Big Data is hitting the market at a rapid pace, owing to its escalating demand by companies across a spectrum of various sectors that have realized the importance of this ecosystem. Not just this, it is being widely used by political parties to gauge their influence on the people, and work accordingly. It has also been of utmost help for them during elections and campaigns.

To turn the pages back, it was in the year 2001 that internet was mushrooming fast, with a whopping 361 million people using the internet. It was in this year that analyst of Gartner, Doug Laney, came up with a prim and proper definition of Big Data that revolved around the three parameters of unaccountable ‘Volume’ of data, ‘Velocity’ of the data and the ‘Variety’ of data generated. The definition, however, went through various additions later due to the fact that Big Data started evolving tremendously.

Years passed and internet penetration was on an all-time high. Big Data was being embraced by various companies across the globe to channelize the unstructured terabytes of data and convert it into valuable information. This information was then used in their operations to craft competitive strategies and hire the right people, discover the loopholes, analyze the gaps closely and accelerate the growth rate of businesses.

Terms like Hadoop and Data Scientists began making sense to companies as well as people, and now these have become an important part of career conversations, especially among students. The phenomenon took a quantum leap in the year 2014, with the year witnessing over 3 billion people registering on the internet and saw a mammoth amount of data being generated every day. Also, the smartphone wave had engulfed the market; hence, there was a significant upsurge in its usage. Estimates say that around 1.4 billion folks used smartphones by then, which clearly states the level at which data was being generated.

This gave a fillip to the investments in the Big Data industry that is estimated to become a $50 million domain globally, in the next 5 to 6 years. It has now transformed the Big Data landscape as now every organization, business, group as well as individual is well acquainted with the immense value that raw data has. Gone are the days when such data was looked upon as a liability for organizations. With huge chunks of data generated every second, it has become an inseparable part of everyone’s lives. It is this data that is behind every big decision, every policy or every new product in the market.

Hence, Big Data has a bright and promising future and is here to stay for a long, long time.

Posted by: DQINDIA Online
View more posts
Beyond 5Vs: Where is Big Data Now 0 out of 5 based on 0 ratings. 0 user reviews.
Could the Nepal earthquake have been predicted by using Big Data?
Amazon.in launches Service Providers Network

The world has undergone a remarkable transformation over the past few decades, and the coursework…

Digital ecosystems for agriculture practices: Towards a data-driven farming

Agriculture is considered the bedrock of sustainability of any economy. Varying from country to country,…