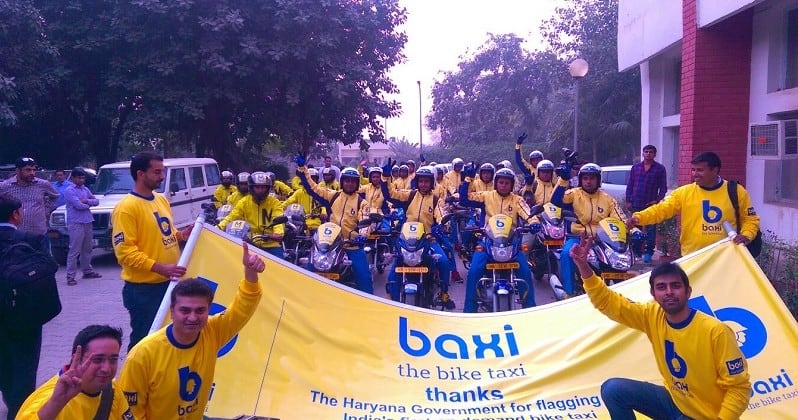 74 BC Technologies, an  on-demand bike taxi company, operating commercial two wheelers under the “Baxi” brand, has partnered with MobiKwik, India’s leading mobile wallet provider to offer facility of paying for trips using MobiKwik. Customers can also add cash to their MobiKwik wallet through Baxi buddies, instead of transferring from bank accounts or credit cards, thereby supporting the cashless economy vision of the government.

Ashutosh Johri, the co-founder of Baxi and pioneer of the Bike Taxi industry in India, first came across this concept in Africa, where he was the CEO of Mara Ison Technologies, spanning 22 countries. He says, “Just the city of Lagos in Nigeria has more than 10 Lakh Okadas. Mobile wallets are the default payment mechanism in many countries of Africa. By partnering with Mobikwik, we hope to bring the cashless economy to many more cities and towns across the country.”

Mrinal Sinha, Chief Operating Officer at MobiKwik said, “Our association with Baxi Taxi is another step to serve users after demonetisation of high-value currency notes. Now with MobiKwik our customers can have a hassel free bike ride. Not only this, users can also deposit cash in their MobiKwik wallet through Baxi. MobiKwik is honored to support a cashless India and urges people to transact with wallets and digital money as much as possible.”

Baxi has completed more than half a million rides in its 1 year of operation. They have a registered customer base of around 1.5 lakhs and operate more than 550 bikes in Gurugram and Faridabad, doing nearly 3000 rides per day. Baxi will be expanding to about 50 new cities in the coming year. This could give a fillip to Mobikwik’s expansion plans, as they can now penetrate smaller cities using on this relationship.

Mobile wallet major MobiKwik has announced its association with Samsung Pay. Under the tie-up, MobiKwik…