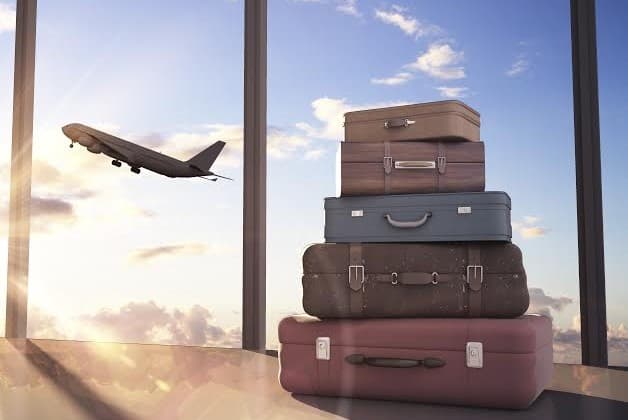 The air transport industry has saved itself more than US$22bn in the past nine years, thanks to major improvements in baggage handling and a massive reduction in lost or mishandled bags.

Despite there being 43% more passengers in that period, the number of mishandled bags per 1,000 passengers fell by two-thirds, from 18.88 to just 6.5 – the lowest mishandling rate since SITA began reporting baggage handling trends in 2003.

The technology is available to support increased self-service, tracking and improved tracing – and SITA is working across the air transport community to deliver efficiencies.

Resolution 753
Critically, airlines are also readying themselves for implementation of IATA’s Resolution 753 in June 2018.

Improved visibility of each bags journey, will be achieved by the implementation of better baggage tracking system which will allow operational and performance improvements to be implemented.

Some airlines will allow their passengers to track their bag, just like a parcel, allowing them to take fast action if flights are disrupted and their bags are delayed.

Bag-drop breakthrough
A key baggage trend is the introduction of self-service bag drop services at airports. Though it’s been around for years, self bag-drop has taken a while to be accepted by the wider traveling public. But attitudes are changing.

While only 20% of passengers questioned used a staffed or fully automatic bag-drop in 2015 (as opposed to an airline check-in counter), when asked whether they would expect to be using either a dedicated staffed station or full self-service bag-drop in 2016, the number had increased to more than 30%.

The world is seeing increasing adoption at airports, such as the unassisted bag-drop process like those in Brisbane, Melbourne, and Singapore Changi airports, implemented by SITA.

Drop & Fly
With the acquisition of Type22 at the end of 2015, SITA has taken a major step forward in the area of bag-drop.

Mumbai Airport has become the first Indian airport to introduce a self-drop facility for check in bags. The airport has deployed SITA’s Scan&Fly bag drop units, which will allow passengers who have checked in online to tag and drop their baggage themselves before proceeding to the gate.

Robot Leo
Other exciting advances are afoot, including the development of a baggage robot named ‘Leo’ – successfully trialed with the Geneva Airport outside of Terminal 1.

This fully autonomous, self-propelling baggage robot has the capacity to check in, print bag tags and transport up to two suitcases with a maximum weight of 32kg.

Bag tag foothold
As such innovations imply, over the next few years the focus for airlines and airports is on expanding the range of baggage self-service options.

As the facility for passengers to print their own bag-tags at a kiosk becomes the norm over the next three years, airlines are starting to turn their attention to alternative options for passengers to take control of their bag-tags.

Electronic bag-tags look likely to gain a foothold in 2017 changing the ways in which bags are tagged for their journey.

Home Printed
While electronic tags may appear to have greatest appeal for a niche group of frequent flyers, the air transport community is also working towards a simple mass market solution – home-printed bag-tags.

Regulatory authorities in many countries have granted approval for their use, although the European Union is still at the trial and assessment stage.

Future Proof
As self-service advances in the baggage arena, airlines are keen to future-proof their self-service investments to take advantage of new baggage processes at the airport.

With these 765 state-of-the-art kiosks from SITA, we are providing a solution that will improve the self-service experience for check-in, self-tagging and baggage recovery.

The initial feedback from our customers and station managers is very positive, with reports of increased availability, better user interface and improved self-service use ratios.

Baggage recovery or “tracing” is another area ripe for next generation technology. Such technology is being introduced following collaboration between SITA and German airline group Lufthansa on SITA’s WorldTracer solution.
The interface allows ground handlers, airport operators and airlines to access WorldTracer’s global baggage data while integrating it with their own reservation or operational systems, providing a rich data set that helps quickly trace a missing bag.

Bag tracking is in the spotlight too, and will continue to be so over the coming years as airlines work to ensure they can track each bag throughout its entire journey in readiness for the implementation of IATA’s Resolution 753.

The BagManager technology, we can provide passengers with real-time information, which is especially important if we need to alert them about any type of service disruption and proactively propose alternative solutions.

Pressure
With IATA driving change, there are other pressures on the air transport community to improve baggage performance.
Thanks to innovations in technology and a fresh determination to deal with an age-old problem, the prospect of the number of mishandled bags reducing radically below the 20 million plus mark is tantalizing.

Posted by: DQINDIA Online
View more posts
Tags:airline technology, Bags, SITA
Bags on the move 0 out of 5 based on 0 ratings. 0 user reviews.
Caparo Group CIO bets big on security for mobile wallets
Vizag to be developed into India’s first less–cash city by Visa

Technology And the Future of Air Transport

The future of air transport will be driven by a digital transformation in the industry,…