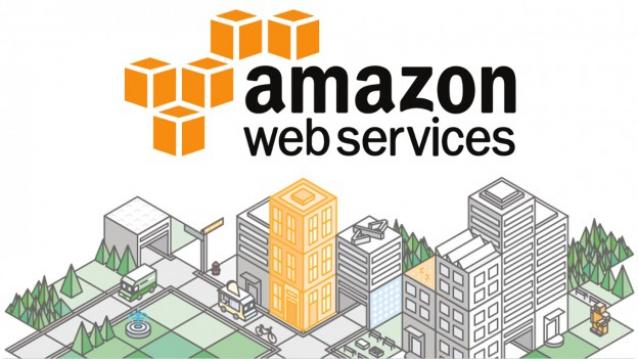 Amazon Web Services (AWS), Amazon’s 11 year old subsidiary, is a behemoth in computing that is redefining the rules of enterprise IT. In 2015, Gartner estimated that AWS customers are deploying 10x more infrastructure on AWS than the combined adoption of the next 14 providers. AWS’ glory outpaces that of its parent: in the first quarter of 2016, Amazon experienced a 42% rise in stock value as a result of increased earnings, of which AWS contributed 56% to company’s profit. With a 50% increase in revenues the past few years and a quarterly run-rate of $3 B plus, it is predicted AWS will have $13 billion in revenue in 2017. 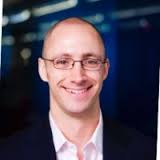 Stephen Orban, Head of Enterprise Strategy, AWS was in India to speak at the AWS India Summit early May. Stephen has been the CIO at Dow Jones in his earlier role and much of his ideas are shaped by what he faced in that role. Said Stephen, “I was the CIO at Dow Jones where I led a several big IT- business transformation projects. Cloud was a major part of that. I helped push the strategy for public cloud adoption to create an environment where the company could experiment with a minimal investment. I saw the writing on the wall and realized there is no time like the present to embrace the cloud. So, I moved to AWS.”

Making AWS the Growing Force in Enterprise IT
Stephen’s role at AWS is to work with enterprise customers to understand the challenges and realities of their existing IT environment that cut across people, process, and technology. He helps them come up with an implementation plan and execution strategy to create a business case for the cloud, align resources and capabilities, and enable different business units to transition to the cloud.

The big pitch by AWS to enterprises is to move all IT assets— infrastructure, applications, platforms—to the AWS cloud. Why? Said Stephen, “The story behind what we provide at AWS is that we want our customers to focus their time, men, and money on what matters to their business and not do the heavy lifting when it comes to IT. For our enterprise customers too, we do the same.”

Stephen spends a lot of time understanding customer issues, challenges, and requirements and feeding it back in. He cites the phenomenal growth in AWS capabilities as a direct result of taking client feedback and requirements and incorporating it as features or offerings. Illustrating an exponential growth in features, Stephen reeled out numbers: AWS had 80 services in 2011, 160 in 2012, 280 in 2013, 560 in 2014, 722 in 2015, 1017 in 2016… which translates to roughly three new features every day in the year. Some of AWS new offerings include Amazon Lambda and Amazon DynamoDB which taken together makes computing without server and database a reality, particularly suited for net new native cloud applications. Stephen gives an example of a Silicon Valley software company which first did a lift-and-shift of its applications to AWS to save 30 percent and then it went on to Amazon Lambda to get a further saving of 80 percent.

AWS in India
Speaking about AWS’ enterprise customer base in India, Stephen says, “We have direct proof of what we have done to help our enterprise customers achieve. For example in India, AWS has helped Tata Motors go digital by migrating their applications to the cloud; we helped SuperMax, a blade manufacturer move their SAP system to the cloud; we helped Zaro, a mobile game developer reduce their churn. Similarly Axis Bank, Future Group and many others.”

Tracing the dramatic growth of AWS’ footprint in India, Stephen said, “We launched the India region in June 2016 and we have seen 60 percent growth in number of customers since then. Nine months ago, we had 75,000 businesses in India. Today, we have 1,20,000 active customers in India. This is dramatic growth by any standards in enterprise IT market. But we still think it is Day 1 in our business.”

AWS has a global footprint comprising 42 availability zones in 16 regions which includes India. Outlining market opportunities in India, Stephen said, “We look forward, particularly, for net new applications and new businesses that customers are exploring. We are excited about serverless architecture. That’s a very exciting value proposition for customers. There a big opportunity in the AI and Machine Learning space. We are at the beginning of experimenting and testing what’s possible there. You can take large datasets and make some very complex decisions and inferences on it based on the platform tools that we have been developing.”

Migration Pathways
Helping customers migrate from existing IT to the AWS cloud is the number 1 and possibly the only strategy AWS needs to pursue. In any case, Stephen says that 90 percent of the net new development happens on AWS.

Said Stephen, “About 18 months ago, we kept hearing from our customers that they were excited to be a cloud-first business where every new application was being developed on the cloud. But they admitted that a majority of their focus, in some cases 80 percent of their budget, was still spent towards catering to the existing legacy system. In response, we have built a systematic program to help our customers migrate their existing legacy systems to AWS.”

Therefore, the company is focused on making the process of migration easy. AWS has taken all the disparate parts of the business – partner ecosystem, training, and certification program, professional services team and wrapped all of that into a holistic program called the migration acceleration program (MAP) that helps customers migrate from existing infrastructure to AWS. Other initiatives include:

On a High: A Look at Public Cloud Market Dynamics