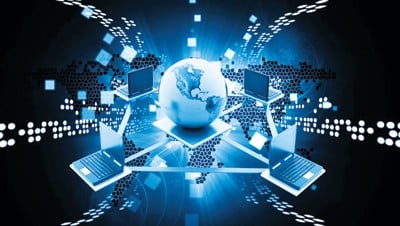 Avaya, a provider of solutions in the area of customer and team engagement, today announced that it plans to create a new industry certification program to drive expertise in SDN-Fabric based networking. The Avaya Certified Expert-Fx program aims to bridge the current skills gap in the India and Middle East between traditional, hardware-intensive networking technologies and next-generation, software-defined fabric-based networking.

The announcement was made at the annual Avaya Technology Forum in Dubai, with more than 500 technology and networking professionals from across India, China, Russia, the Middle East and Africa regions in attendance.

A 2013 report by the International Data Corporation (IDC) showed that emerging networking technology skills in the India, such as those required for cloud computing, mobility, and virtualization, represented 31.5 percent of the total networking skills gap in 2012, growing to 32.7 percent in 2016.

The certification program is designed to enable networking engineers and IT professionals to deliver the transformational networking capabilities provided by the Avaya SDN Fx architecture. Announced last month, Avaya SDN Fx, which is built on the Avaya Fabric Networking technology, provides a complete next-generation networking solution that delivers on the promise of SDN without the hidden complexity that comes with the towering overlays of software and hardware inherent in many other vendor approaches. Avaya SDN Fx provides “connect anything, anywhere” simplicity that can shave off weeks of provisioning time by making it easy to add devices and users at the network edge. SDN Fx is the ideal architecture to advance strategies for Smart Cities and the Internet of Things.

The ACE-Fx program is expected to launch in the second half of 2015.

“Businesses and organizations in the India and Middle East are already embracing the dynamic networking capabilities of Avaya Fabric Connect. The ACE-Fx certification will equip IT professionals with the expertise, power, and confidence they need to take these businesses and organizations to the next level with the advanced skills needed to design, build and manage the next generation networks,” said, Jean Turgeon, vice president for worldwide networking sales, and chief technologist, Software Defined Architecture (SDA), Avaya.

“Advances in technology combined with disruptive trends such as mobility, social and cloud, have created an extremely challenging environment for the IT industry in the Middle East. Bridging the skills gap is today our priority in order to continue being relevant to our customers. We applaud Avaya for its thought leadership and for always building programs that brings tremendous value to its partners and customers alike,” added Manish Bakshi, Managing Director, PACC MDS.

Posted by: DQINDIA Online
View more posts
Tags:open SDN networking educational courses
Avaya to Drive Open SDN Networking Educational Courses and Certification for IT Professionals 0 out of 5 based on 0 ratings. 0 user reviews.
Smart Cities Should have a Self-sustaining Ecosystem -Lux Rao, CTO & Leader, HP Future Cities
New challenges in Security in 2015: How to address the threats?