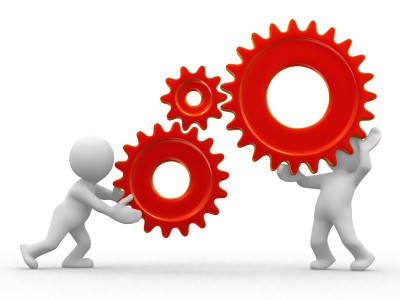 With the advent of technologies over the last couple of years and slow growth, IT giants who used to hire in droves from campuses have become selective pickers while attrition rates continue to surge year on year. One must ask why? It is the case of skill management. Earlier, one did not need multiple skills. However, today, with rapid adoption of technologies to stay abreast, any skill may be obsolete in a few years.

As automation and AI gain momentum and become more dependable and error free, IT firms have decided that these evolving avenues are better than investing in large workforces who are prone to human errors. With robotics, intelligent platforms, tools, and technologies providing a significant bump in the operational efficiency, firms have now realigned themselves to compete in this arena for an enviable cost advantage due to better productivity and savings which is going to tip the scales in their favour and disturb the balance of the playing field.

Another alarming trend seen is that existing employees are being relieved while new recruits are being trained in emerging technologies to fill the new job roles that will become the need of the hour. The shockwaves are going to travel upwards since the middle management themselves will have to re-skill themselves to manage employees possessing relevant skills required at multiple levels of the hierarchy.

Those still aspiring to be a part of India’s IT story will have to be open to explore and embrace newer arenas and quickly become proficient in skills that will be vital to leverage the automation paradox. Fresh graduates approaching the end of their course would do well to focus on emerging technologies and groom themselves to match the profiles and that are going to be in demand. Although most automation programs require on job training, a candidate who is aware of the current trends and familiar with these technologies would positively pique the interest of recruiters.

We are on the verge of an economic revolution. Technology is getting better, cheaper and faster at a rate with which biology cannot keep up. Most basic roles such as and those performing repetitive work will be amongst those who will be first to go as automation spreads. But as cloud computing and Internet of Things (IoT) become household terms and access to fast internet and expounding number of new users every year, more avenues for employment are going to emerge. Aspirants could aspire for profiles such as Cloud Engineers, Big Data Analytics, Virtual Reality Programmers, 3D Printing Designers, and Artificial Intelligence Experts, to name a few.

In India itself there have been significant investments by many companies to set up data centres. This is bound to spur a demand for professionals who are familiar with cloud technology. The ‘Digital India’ initiative alone is expected to generate 1.7 crore jobs.

Even as India has turned into a hot bed for start-ups, there have been lapses in cyber security. Demand for a steady supply for Cyber security professionals is going to be crucial. 3D printing has also grown over time and it is only a matter of time by which designers and manufacturers will also face a disruptive revolution in their own sector. As it becomes easier to track consumer behaviour, purchases and preferences, the availability of all this data promises great potential for organizations to extract insightful information to use as a competitive advantage. Data analytics and data scientists will be in great demand.

Therefore, it is important to digest that Automation is inevitable. How one prepares to reskill themselves to remain relevant on the job market, will define their career.

Posted by: DQINDIA Online
View more posts
Tags:Automation, data analytics, data scientists
Automation: Reskill or be Replaced 0 out of 5 based on 0 ratings. 0 user reviews.
Researchers show trick to get around Uber’s surge pricing
India to realize the target of 25% share of manufacturing in economy at best by 2025: Dun & Bradstreet India