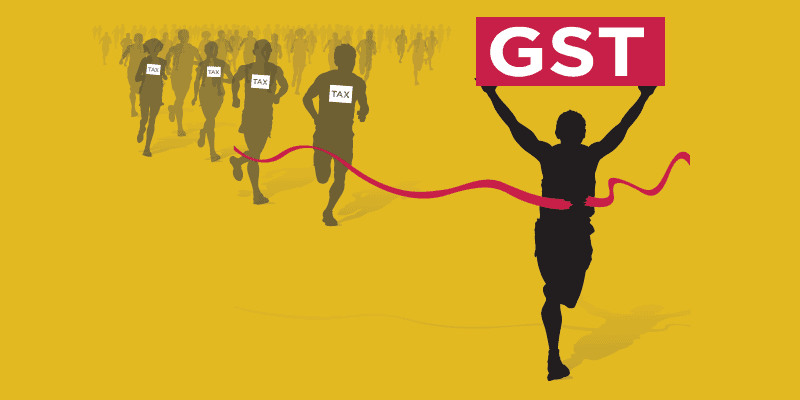 The new tax regime is all set to become reality and will come into effect tonight at the stroke of midnight, giving birth to new hopes and, at the same time, new doubts. As we step into the new tax regime – GST (Goods and Services Tax), it is important to know that the business in the country will take a new turn as the way transactions are done will change forever. The key point to notice here is that GST will cast its spell on everyone who does business of any kind. More importantly GST is going to bring all traders, baniyas, dukaandaars and kiryanawallahs, among others into the taxation system. The tax filing is going to be online and compulsory. It is believed that the pilferages in the tax filing would be eliminated.

While GST is a transformative move for the buyers and the sellers, it will not be easy to adjust to the change immediately. It is going to take its course. A volley of pain-points is set to emerge in the first few months. The government has realized this and announced that the government would be a little lax in the first three months for tax filings. However, it would be strict after that and keep a constant watch on the filings. As a result, most of the enterprises embarked upon to the compliance drive much early. Many top organizations had begun their drive to adopt the GST-compliant practices in their organizations last year after the bill was passed in the both houses of Parliament.

The GST has come as a boon to the Indian IT industry which is reaping in on the opportunity as organizations are forced to adopt new GST ready IT systems and applications. The government has given licenses of GST Suvidha Providers (GSPs) to many IT companies which have developed the GST applications for large, mid and small organizations.

One tax pan India for buyers
Buyers will be paying the same price for the same good bought in various parts of the country. It will help the ecommerce companies in a big way. Businesses are bullish about the new taxation system as they believe that there is going to be transparency in the economy. The business environment will also get a boost. “We see GST to bring in long term positive impacts in the smart phone fraternity and the e-commerce zone as well. Though there will be an increase in the prices for a short term causing discomfort to everyone, nonetheless, the far-sighted impact of GST will remain positive for us,” said Ashwin, CEO, iVOOMi on the impact of  GST on e-Commerce and Mobile Phone Industry.

Many of the companies have already started their campaigns to educate businesses about the GST and its implications. Amazon.in has set up 16 ‘GST Cafés’ across 11 cities to help sellers understand the nuances of GST and transition seamlessly through the entire process. These cafés have been set up to train and empower sellers on the implications of the new GST tax. Likewise, associations like ASSOCHAM and others have done workshops in many parts of the country to educate businesses, SMBs and sellers about the GST.

GST will also test the economy at large as the country might witness new trends and pattern which would be both good or bad and negative or positive. Historically change is not a pleasing thing for people or organizations which are used to the system.  “While some sections of the trade may not be in a celebratory mood, we need to be cognizant of the fact that every stupendous change in history has been met with strong resistance in one way or another. One cannot expect that a mammoth change like this will not make few people anxious or restless. It would also be appropriate to keep in mind that any policy or law that has come into being is not perfect and free from any lacunas on day one of its coming into force. Similarly, with the joint effort of the trade, legislature and bureaucracy, even the GST law will evolve with time in a direction which would hopefully bring the country closer to a perfect GST,” said Rajeev Dimri, Leader, Indirect Tax, BMR & Associates LLP.

“With GST, PC adoption is expected to accelerate as they will play a pivotal role in enabling compliance and adoption of the new regime. As a longstanding partner in India’s digital transformation, HP continues to support the government and all stakeholders in enabling this reform and we are also offering an integrated GST solution that allows traders and MSMEs to make a smooth transition,” opined Sumeer Chandra, MD, HP Inc. India on GST.

“mjunction doesn’t have any major concern with regards to direct impact of tax since we are into B2B e-commerce services. Our volume of sales is very less compared to the services component. GST is not going to have any major impact on the B2B e-commerce sector. In the long run it is going to help our ecosystem as it will bring growth and flexibility in delivery of goods and services. At mjunction we have already evaluated the impact on our systems and processes, so we are well prepared to address any operational issues which might rise post implementation of GST,” said Amit Kumar Khan, CIO of mjunction services limited.

Sector-specific whims and fancies
However, the GST has led to a lot of confusion and doubts for businesses operating in many sectors. While there is good news for a few, others are ruing the higher taxes announced by the government. One such sector is telecom, which has been kept under the 18% tax slab. The industry bodies such as COAI has already conveyed it to the government that the tax slab will further jeopardize the sector which is facing challenges such as bank loans and decreasing ARPU. “According to the Essential Services Maintenance Act, Telecom is one of the essential-cum-emergency services availed by masses of every section of the society today and with the new amendments that our government has passed, the tax levied on the telecom service user has increased to 18%. Even though the tax on mobile handsets has been decreased, but the consumer would now have to pay a higher amount on a monthly basis on mobile bills and recharges,” said Mr.Ozair Yasin, MD, 10digi.

GST is definitely one of those bills that would require mammoth changes in order to be implemented successfully. It is believed that GST will bolster the job market in India. “GST will have a positive impact on job creation and staffing activities. Additional jobs are likely to be created across all the sectors pertaining to taxation, accounting, software, back end processes. More than 100,000 additional jobs are likely to be created during the initial phase of implementation and this number will go up subsequently as the ecosystem related to GST solutions matures,” said Sidharth Agarwal, Co-founder, Spectrum Talent Management.

“From a macro-economic impact, GST should have a transformational impact on GDP-tax ratio and enable efficient businesses to transcend state boundaries and also compete in states which till now had high indirect taxes. This will lead to emergence of bigger and more efficient businesses improving the overall health of industries. In the context of Online lending, industry will benefit from the online availability of GST data to assess business health and associated risks, enabling Online lenders to make better and faster lending decisions and driving flow of efficient capital to deserving businesses and heathy growth of Online lenders as well in the long run.” said Mr. Amit Sachdev- CEO & CO-Founder, CoinTribe Technologies Pvt. Ltd.

GST to drive economic growth by 0.5%

On the positive note, GST will help all businesses to embark upon the tech journey. Experts and reports suggest that GST will trigger economic growth by about 0.5 percent. “GST is absolutely going to help the economic growth of the country by efficient tax collection. A recent survey by HSBC suggests that the economic growth will increase by 0.5% post the implementation of GST, There is no doubt that this is a great step. We don’t see a specific impact in pricing of our services. For us, there has just been a marginal increase of taxes from the current 15% to 18%, which in our case, does not mean a burden to our end-users,” said Rajkumar Jalan CEO of Indionline.in.

One response to “At the Stroke of Midnight, India Enters the GST Era”